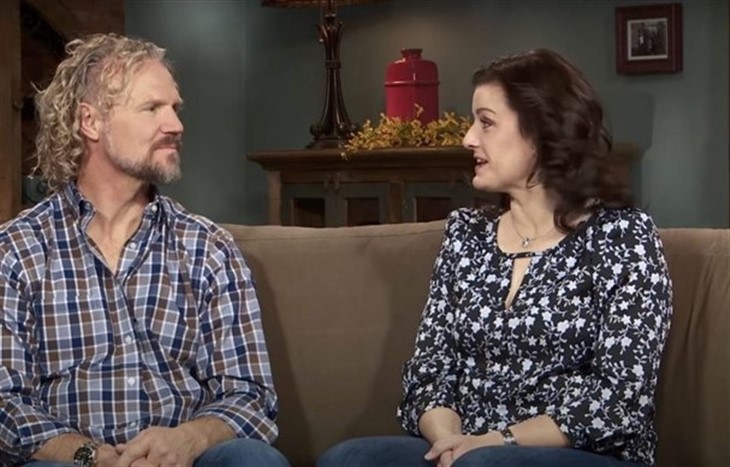 Sister Wives Spoilers indicate that Robyn Brown is not so happy having Kody Brown underfoot daily. Is Robyn getting tired of Kody’s ways too?

Sister Wives Robyn says that “this is not what she signed up for” when discussing how much time Kody is spending at her house lately. Robyn seems to be the only wife willing to give into Kody’s ridiculous demands when it comes to COVID-19 protection. As a reward, Robyn has Kody at home almost every day. Robyn isn’t interested in a monogamous relationship but that is what she has. Kody doesn’t want a relationship with Meri Brown. Christine Brown has left and Janelle Brown has no intention of following Kody’s rules. Robyn, however, seems to follow them to a T because she cannot have her kids away from Kody for two weeks. Robyn may not want to spend two weeks without Kody but she doesn’t seem to want to spend weeks on end with him either.

Sister Wives Janelle has made it clear that when it comes to choosing between her children and Kody, she will always choose her kids. Kody was spending roughly two nights a week with each wife. Of course, Meri isn’t in that rotation since they are just friends. Kody wants Janelle to force her son to move out so that he can visit. Janelle has made it plain that she will not kick her son out. Kody’s stance is that their sons are adults. Should it be Kody’s choice if Janelle’s son moves out?

Sister Wives Christine has wanted to move back to Utah for some time. However, Kody and the other wives refused to go along with Christine even though there has been no progress with the Coyote Pass Property. Kody has even threatened to sell the property because he was upset with his wives. Now that Christine has lost the part of the property that she wanted, she is completely done. Kody’s lack of support during their daughter’s surgery and his decision to divide the family has become more than enough. Christine has picked up and moved closer to adult children. After all, if the nanny and her husband are allowed around Kody and Robyn’s kids but the family isn’t are they a family at all?

Robyn may complain about having Kody underfoot all the time but secretly, fans believe this is exactly what she wants. Will Robyn end up being Kody’s only wife in the end?