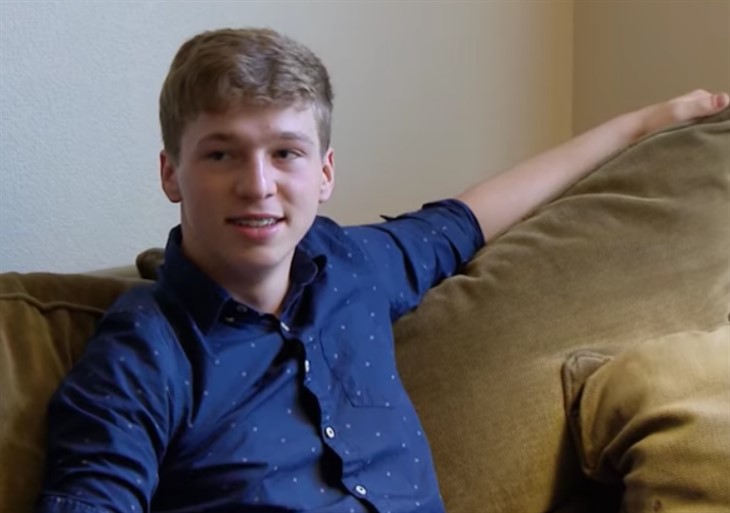 Sister Wives spoilers showed that when Kody moved the family to Flagstaff, Gabe Brown seemed very upset. Still a schoolboy at the time, he hated leaving his friends behind in Las Vegas. Now that he’s an adult, he found his voice and slammed his dad. The news emerged via teaser for the Season 16 episode that airs on TLC on January 2.

TLC fans rage about Robyn and Kody Brown this season. In fact, while Kody has some crazy rules about social distancing and Covid, some folks believe that Robyn’s behind it. She denies it of course, but whatever Robyn wants, fans know, she usually gets. Plus, over the years, she irritated fans to the point, where even if it’s not deserved, she gets derided. Janelle seems irritated with her man this year as well, a change for the easy-going star. Now, her youngest son, Gabe expressed his frustration.

Sister Wives fans noticed in Season 16, that Robyn’s sitting pretty with Kody. The couple has been together for the duration of the pandemic. Meanwhile, the other wives seem less important to him. Christine hated it so much, that in one scene, she grew angry. She just can’t live on the Coyote Pass property with their happy marriage in her face. That’s probably why she got fed up and moved to Utah. Well, Gabe might wish that Kody and Robyn would pack up and get out of his face with all of the Covid rules as well.

Gabe Brown was featured in an exclusive teaser that was carried by Hollywood Life on December 29. It showed Janelle discussing their holiday plans with her kids. Meanwhile, Christine featured in a teaser on the network’s Instagram page, doing the same thing. Christine’s family decided that Utah at Thanksgiving would be cool. Meanwhile, in the teaser with Gabe, he told his mom that he’s “tired” of Kody’s restrictions.

Sister Wives star Garrison described the rules about social distancing as “ridiculous,” and feels they should talk to his dad about it. Meanwhile, Gabe sounded furious. Actually, it seems that he’s done with talking. He told his mom, “Dad can do his bullsh*t and we’ll do ours.” Then he added, “I’m tired of it. It’s literally ruining our family.” Even Janelle seems completely fed up with all.

Sister Wives fans saw that Gabe Brown lashed out because he wanted to be with Chritnes family during the holidays. Even Janelle sounds like she’s over it all. She said in the teaser, “It’s just talk, talk, talk, try to convince, convince of your point of view. That’s it. I’ve been trying for 9 months to get us to find some sort of middle ground, and there is no give on either side.”

Recall, last Season, Kody went at her because she wouldn’t ban the adult boys from leaving their home. TLC fans felt angry with him, as he lived with Robyn but expected the rest of the family to put their lives on hold so he could pop in at his own convenience.