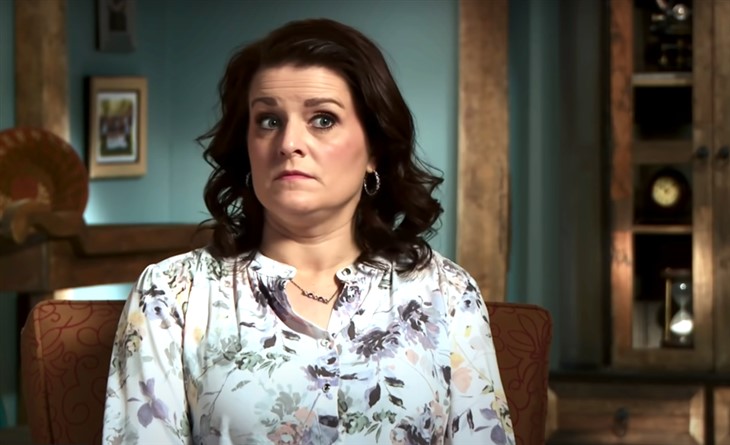 Sister Wives spoilers hint that an unexpected new star could steal the focus from the other cast members. Sorry, Kody Brown. Your “I Am The Polygamy Patriarch, Hear Me Roar” spotlight just got taken by the nanny!

Upcoming Sister Wives episodes may reveal just why the nanny plays such a key role. Sneak peek clues indicate that Kody’s fourth wife, Robyn Brown, could have taken on the role of polygamy puppet master in getting the nanny on board. Find out what to expect below.

Kody Brown may not have anticipated that a nanny could play such a key role in annoying three of his four wives. But that’s just what happened. And it made everything worse when Kody attempted to keep the nanny a secret between him and fourth wife Robyn, pointed out In Touch.

The polygamy patriarch has become known for his blunt statements. And Kody stayed true to his style in unveiling the secret nanny. Why would hiring a helper for Robyn annoy his other spouses Meri Brown, Christine Brown, and Janelle Brown? Let us count the ways.

First, Kody indicated that he and Robyn had secretly hired the nanny and used her for some time without telling anyone else in the polygamy family. That angered Meri, Christine, and Janelle. The women seemed to feel that Kody once again favored Robyn over his other spouses.

“Robyn and I have an employee, we call her a ‘nanny’,” summed up Kody in describing the hired helper’s role. “She comes over, she helps with caring for the kids.. And she helps with schooling the kids,” added the 52-year-old.

The second reason for riling his other wives? Kody and Robyn had allowed a non-family member to visit. That broke their agreed-upon COVID-19 pandemic pact. And the duo did not even specify just when that nanny secretly came on board!

Sister Wives Spoilers – What DOES The Nanny Do?

But Christine Brown took on the lead role in questioning the nanny position. In a Sister Wives confessional, she expressed anger at Robyn for breaking their COVID-19 pandemic rules. And she also demanded to know what Robyn’s employee actually did.

“What is the nanny and her husband doing that makes it so they can come over? ‘Cause when I’m home, I do exactly what I should, yet my girls can’t see their siblings. What does the nanny do?” puzzled Christine.

Sister Wives viewers typically can solve mysteries like the nanny, gathering together on social media to put together the puzzle. But even Reddit’s famously good-at-solving-a-Sister-Wives-mystery community couldn’t figure this one out.

Some agreed that Robyn didn’t show any indication of caring about the nanny following the Brown family’s pandemic rules. And others expressed confusion on the nanny’s role. “My question is — how do they know the nanny is following those rules? I can almost guarantee you she isn’t,” wrote one commentator.

And another got even more direct. “Who can you trust?? Oh yeah, “the nanny” What. Does. The. Nanny. Do?? More to the point, who the fck is the nanny? Who is she?? Who. The. actual fck. Is. The Nanny?” Moreover, the Sister Wives critic questioned why Robyn trusted the nanny but didn’t trust Meri, Christine, and Janelle.

The nanny, according to Distractify,  is named Mindy Jessop.And she just happens to be Robyn’s step-niece. Also from a polygamous family, Mindy explained that Robyn is her aunt. But she is her mother’s sister from a different mother. And that still doesn’t answer the question of what Mindy does to qualify as her aunt’s nanny.

Do you think that Robyn should become more open about what the nanny does? Share your views with us. And then check back on our site for all the Sister Wives news.