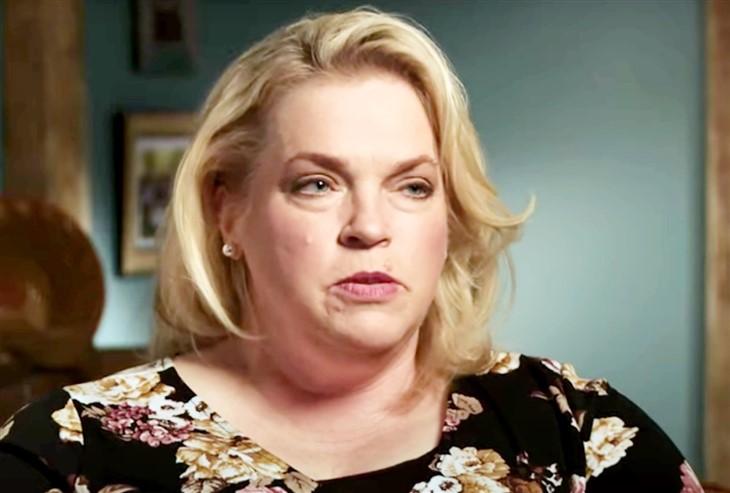 Sister Wives Spoilers suggest that some fans were stunned to learn that Christine Brown went through with leaving Kody Brown after telling Meri Brown that she couldn’t do marriage with Kody anymore. However, most people did not believe she would actually leave. Janelle Brown has also voiced her dissatisfaction as well. Could she leave too?

Sister Wives Janelle has voiced her displeasure with her marriage and their current situation as well. In the Season 16 preview video, “I’m at my wit’s end with this whole b******t stuff.” Janelle is also shown on the video reading over a list of rules and asking Robyn Brown if they followed them at her house. Robyn had some choice words when she assumed the rest of the family thought she came up with those rules. Robyn then says that Kody is not the type to be controlled by one of his wives. However, that is not the consensus of fans and doesn’t seem so with his wives either.

Sister Wives Janelle has shown back up on social media but she had not addressed Kody and Christine’s split at all. Instead, Janelle posted a cute photo of her daughter and grandchildren. Perhaps Janelle is truly stunned by the split and doesn’t know what to say. Janelle may have seen this coming and simply chosen to remain quiet about the events that have taken place. Could Janelle have known this was going to happen before Christine left? Could Christine’s departure be what the video concerning “give me your property and you can leave” be about?

Sister Wives Kody and Janelle have had their ups and downs since Covid-19 came into play. Kody didn’t agree with Janelle’s children leaving the house even for work. Janelle didn’t even see Kody for a month or maybe six weeks at one point. However, Janelle also says that Kody doesn’t discuss his relationships with the other wives with her either. Janelle tries to be supportive of all the wives and respect Kody’s relationship with them. Unfortunately, a split between Kody and Christine has seemed imminent since her conversation with Meri Brown about her dissatisfaction with Kody and their marriage.

Whether Janelle knows in-depth details of what happened or not, she’s not about to talk about it on social media. Perhaps Janelle feels that Kody or Christine will address the split in more detail when and if they feel compelled to do so. Until then, fans will just have to speculate on what happened.