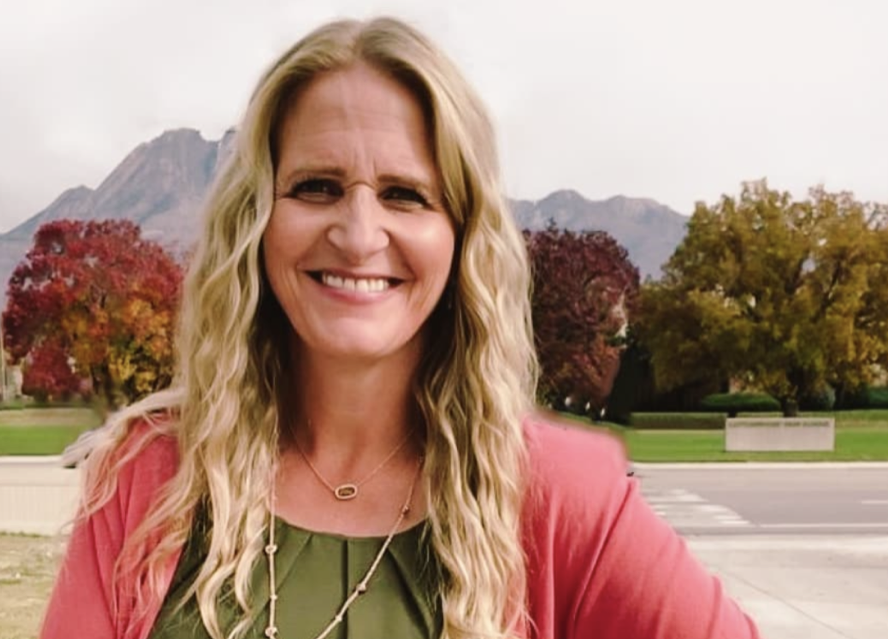 Sister Wives fans saw that Christine Brown and Kody officially announced that they separated. That brought an end to the speculation that started at the end of Season 15. Now thoughts turn to whether Season 17 follows the upcoming Season 16. Well, right now, it looks like Christine embraces the new changes in her life. Probably, she has a lot of regrets, but positivity might help in a sad situation.

Way before the trailer for Season 16 of the TLC show, the news arrived that Kody signed over their Flagstaff home to Christine. Then, it appeared listed as up for sale. Very soon, she found a buyer. While her daughter  Mykleti allegedly denied she sold it to relocate, The Sun and InTouch Weekly reported that she moved into a duplex in Utah. Initially, Katie Joy of Without A Crystal Ball shared the news on Instagram. Fans seemed very surprised that Meri wasn’t the first wife out the door. After all, she and Kody struggled with their relationship for years.

When Sister Wives fans saw Christine Brown share about ending her relationship with Kody, a lot of fans liked her post on Instagram. One of those likes came from her daughter, Gwendolyn, (20). Rumors suggested that the kids were very “upset” about the split. That came via InTouch Weekly‘s insider source. Allegedly, none of the kids realized how bad the situation was. The outlet added, “they don’t know all the details of Kody and Christine’s relationship, but they’re aware he wasn’t around.” Well, it seems a bit odd that she didn’t consult with her adult kids about it before making such a dramatic move. Perhaps Season 16 will clarify that situation.

Christine Brown, like Meri, sold clothing via her LuLaRoe but more recently, she followed Janelle and Maddie Brown Brush into promoting a health product. On November 4, she took to her Instagram again and tagged their product line. In her post, she talked about change and positivity, Well, it might be a promo, but she spoke about change when change is very evident in her life. So, perhaps she projected her feelings into it. 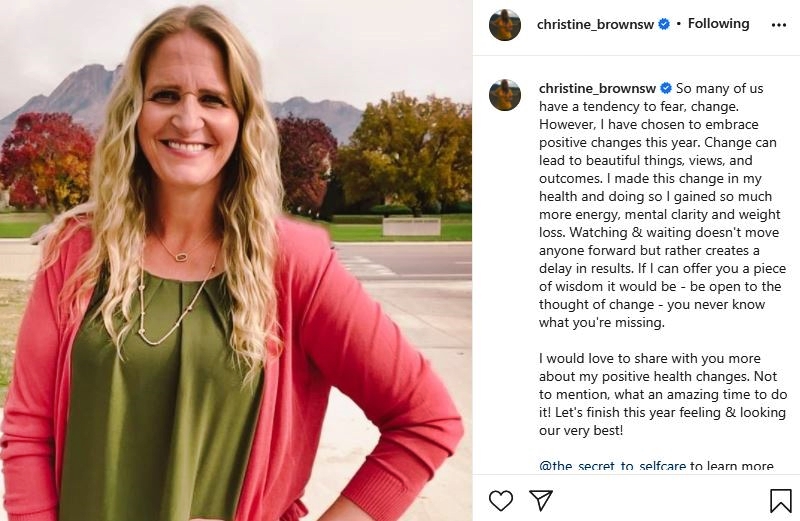 The Sister Wives star wrote, “So many of us have a tendency to fear, change. However, I have chosen to embrace positive changes this year. Change can lead to beautiful things, views, and outcomes.” Next, she talked about how she changed to the product and how good it is. Moving on from that, she gave helpful tips about adjusting to change. The caption continued with, “Watching & waiting doesn’t move anyone forward but rather creates a delay in results. If I can offer you a piece of wisdom it would be – be open to the thought of change – you never know what you’re missing.”

No Comments From Fans

Since Sister Wives fans saw Christine Brown announce their separation, she locked comments on her Instagram posts. So, fans couldn’t comment. However, it isn’t unusual for her to do that with promo posts. But, if you’d like to vent and speculate about the separation, Kody left the comments open for his post about the split.

Days Of Our Lives Spoilers: Chad And Abby Blow Up Gwen’s World