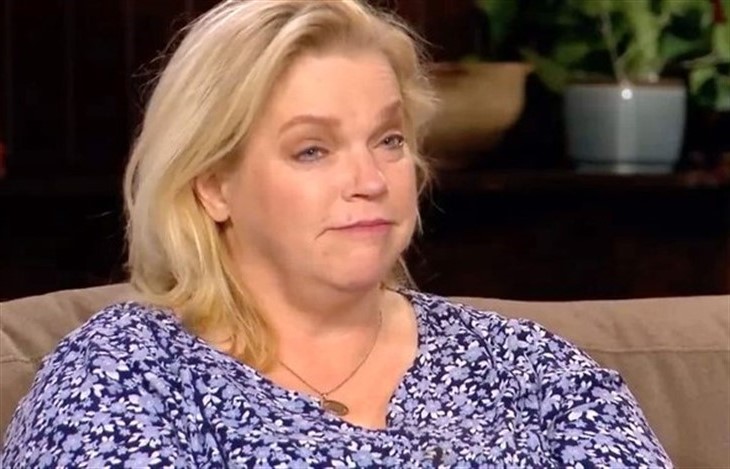 Sister Wives fans speculated that Janelle Brown left Kody and moved to Utah. Recall, she spent summer living in an RV on the Flagstaff property at Coyote Pass. Naturally, fans understood that it’s not ideal during the cold winter months. So, when she talked about leaving, they wondered where she planned on relocating to. Some folks thought she lived with Christine. However, this weekend, she killed those rumors dead.

Christine Brown kickstarted the rumors that she might leave Kody and head for Utah. Those rumors started back in Season 15. At the time, she approached Kody about returning to Utah but the other wives and Kody didn’t want to do that. In the new trailer for Season 16, TLC revisited that and showed that she and Kody could no longer even discuss the possibility. That came after fans saw that Kody signed over her Flagstaff home to her. Later, she listed it for sale and quickly found a buyer.

Sister Wives fans heard that Christine definitely rents a home in Utah. However, before that, fans saw that she and Janelle Brown visited California together on a road trip. So, for some reason, fans thought that indicted that Janelle joined her in Utah and also left Kody. Of course, since then, Christine and Kody made their split official. Fans speculated about Janelle moving away, mainly because she told fans that she would no longer live in her RV. However, that did not mean she left Flagstaff. Well, it seems now, that she has not left Kody or moved away from Flagstaff.

Janelle Brown took to her Instagram on the weekend and shared about leaving her RV for now. However, she clearly is not leaving town. Her caption read, “So long trailer! See you next spring 😀.” Then she explained, “[the] Trailer is headed down to storage for the winter.” In fact, she “decided to find “short term housing in town instead of riding out the winter.” Additionally, it looks like she fully intends to stay in Flagstaff next year. 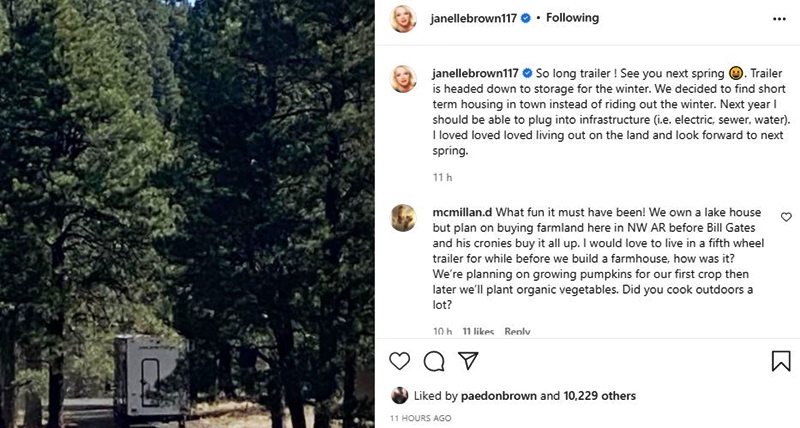 This sentence by the Sister Wives star pretty much laid the final nail in the Utah rumor coffin. “Next year I should be able to plug into infrastructure (i.e. electric, sewer, water). I loved loved loved living out on the land and look forward to next spring.” So, there you have it, folks! It looks like Christine fled the nest all by herself without convincing any of the other wives to join her. Somehow, despite Kody and Janelle experiencing some friction during the quarantine, she’s decided, for now, to be a keeper.

Sister Wives fans started commenting on the post by Janelle Brown. One of them said, “I wonder now that Christine has split from Cody if they will do the one big house? She was the one who had issues with 1 house.”

Well, as another fan pointed out, that’s not likely. The fan replied, “They really have no need for a big house anymore. the only people who have children in the home are Janelle with only one child Savannah and Robyn with all her kids adult kids. By the time the houses are built Savannah would most likely be in college and Sol and Ari would be the only two minor children in the family.”

Be sure to catch up on everything happening with the Brown family right now. Come back here often for more Sister Wives spoilers, news, and updates.