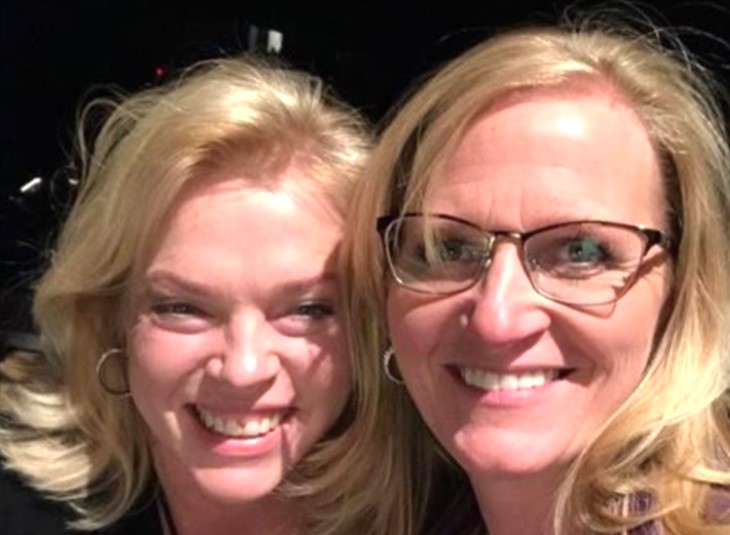 Sister Wives stars Janelle Brown and Christine share something in common these days. Both of them now have only one child living at home with them. Truely became the last for Christine when Ysabel left for college in North Carolina. Meanwhile, Savanah remains at home with her mom who moved into an RV for the summer. Now, the two women paired up, grabbed the kids, and went on a road trip together.

When Janelle moved into her RV, a lot of people blamed Kody for it. They thought he became so broke that he couldn’t home his second wife properly. However, Janelle told her fans that she saw an opportunity and took it. That came when her rental home sold. Always wanting to try RV life she relocated to the Coyote Pass property. There, she shared a lot of photos and one of them revealed that Truely visited with her half-sister, Savannah. They enjoyed hot dogs and sMores by the fire.

Well, the daughter of Sister Wives star Janelle Brown, clearly likes the company of her younger sister. Actually, these days, Savanah is an attractive teen, and her mom showed a lot of photos of her recently. In fact, TLC fans liked the classic retro style that she wore to her Homecoming this month. Meanwhile, with just Truely at home, Christine’s fans wonder if she plans on moving to Utah soon. Well, the road trip they just went on didn’t seem anywhere near Utah.

Janelle Brown and Christine shared photos of their trip. They were at Universal Studios in Hollywood. One of them showed Truely and her sister together. Christine’s revealed the two women and that the kids. Of course, folks wondered where Kody was. Mind you, someone took the photo, so possibly, he’s with them as well. Meanwhile, other fans complained because the kids wore face masks outdoors. 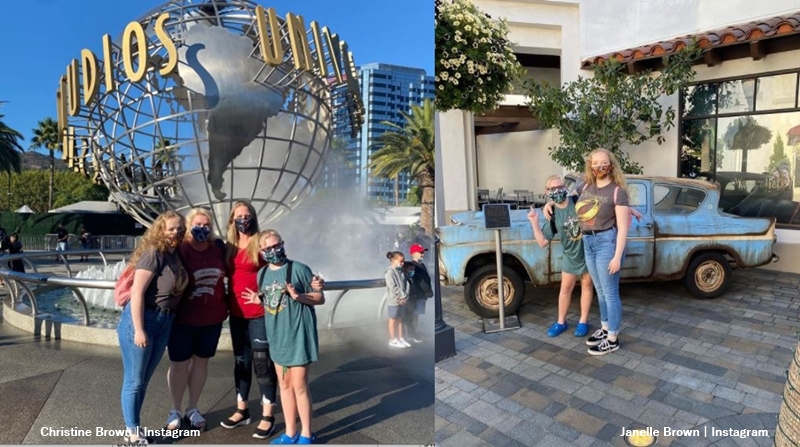 Sister Wives fans complaining about “face diapers” outdoors should note something. If you visit Universal studies, they changed their covid-19 protocols. Inside The Magic reported that “Guests visiting Universal Studios Hollywood will now have to wear masks at all times while outside and inside, unless they are actively eating and drinking in designated areas. This mask policy applies to all Guests, regardless of their vaccination status.”

SW fans of Janelle Brown and Christine didn’t all complain about face masks. Other comments arrive as well. On Janelle’s post, a fan wrote, “So happy that you and Christine are close 😍.” Then another one noted, “Making memories, that is what it’s all about! ❤️”

Over on Christine’s post, one fan commented, “Love this! You and janelle look 🔥 🔥 🔥 amazinnnng! Whatever you’re doing works keep it up! Proud of you ladies 🥰.” Then another one penned, “So fun! Truely and Savannah are your minis!“

90 Day Fiancé Jenny Claims The Sumit Pays Their Bills, Is She Being Honest?