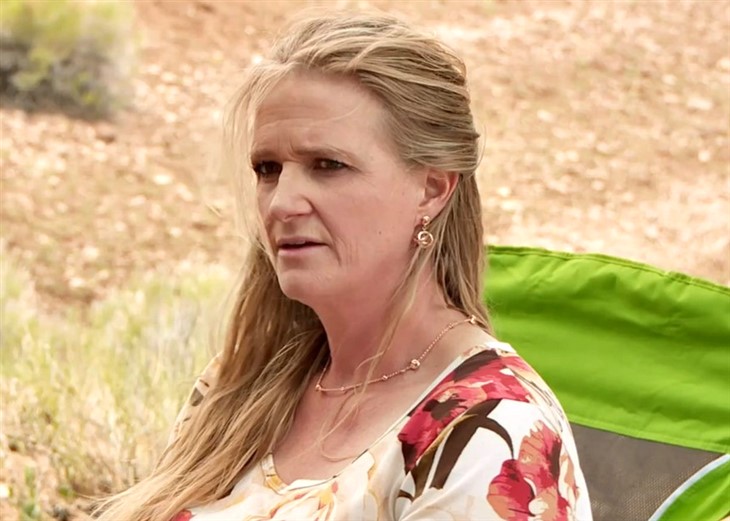 Sister Wives spoilers and updates tease that Christine might have finally decided to leave Kody. Speculations and questions started to circulate after she sold off her house in Flagstaff.

Sister Wives Season 16 is scheduled to premiere in a month. But fans are excited to see what’s up next for the Brown family. They have seen Meri, Janelle, and Christine lose their homes. Christine was the latest one to sell her house and rumors say that she may be returning to Utah, just like what she said in the latest trailer. Fortunately, Mykelti Padron, cleared things up after she accidentally revealed the reason behind the house sale.

The houses of Kody’s wives, except for Robyn, in Flagstaff have been sold. Some viewers believe that the sale was a planned decision. Those who have watched the trailer already have an idea that the Browns are set to move to their new Coyote Pass Property. Fans may see the family relocate in the coming season. Janelle is already living in the area in her RV but it seems like Janelle doesn’t want to go with them. In the trailer, she revealed that she wants to return to Utah.

Mykelti Padron, Christine’s daughter, is currently living in Utah. A post on Reddit claimed that Mykelti talked about her mom’s decision to sell the house. She reportedly revealed that her mother didn’t sell her house because she plans to go home. She decided to do so because of the good market value.

Christine bought her house in 2018 for $520,000. The property’s market value increased by 35% after three years. So, she decided to put her property on the market. Even if she didn’t sell the house to move to Utah, Christine has always been vocal about wanting to leave Flagstaff. She also didn’t want to stay on the Cayote Pass Property.

She no longer wants to live in a place where her husband has a dysfunctional marriage with her but is living a harmonious relationship with her other wives, particularly Robyn. Padron confirmed that her mom isn’t moving to Utah for good and will likely move to Cayote Pass with the Brown Family.

The show or Christine has not confirmed this report. So, fans will just have to wait and see what happens with the Browns in season 16.