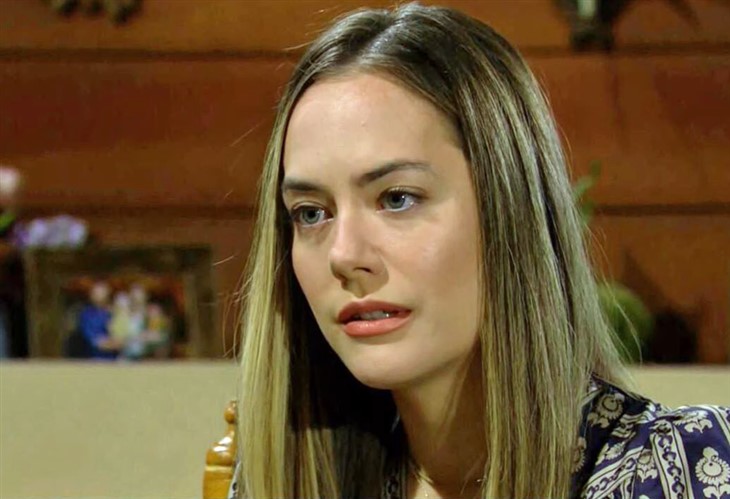 The Bold and the Beautiful spoilers document that Hope Spencer (Annika Noelle) was treated terribly by her mother, stepfather, and husband. Their collective reaction to Deacon Sharpe’s (Sean Kanan) surprise appearance at the cabin did not produce the effect they intended and were demanding.

Brooke Logan Forrester (Katherine Kelly Lang), Liam Spencer (Scott Clifton), and Ridge Forrester (Thorsten Kaye) were understandably upset when seeing Kanan’s returning character. He does have a criminal past. But as Hope said, he is her father.

The Bold And The Beautiful Spoilers – A Brief Refresher Is Worthwhile

Deacon says that he is a changed man. He was being taken to prison when viewers last saw him four years ago. That outcome resulted because he was taking shots at Quinn Fuller (Rena Sofer).

Sheila Carter (Kimberlin Brown) was in Los Angeles, California, during that period in show history. She was thought to be the shooter and was initially arrested. Deacon’s reveal only ran a few episodes, with Hope’s father occasionally being referenced in the years that followed.

Brooke despises Deacon for many reasons. Chief among them is the scandalous nature of Hope’s birth, as Deacon was married to Brooke’s other daughter, Bridget Forrester (Ashley Jones).

B&B Spoilers – Letters From The Heart

Deacon’s pull of a stack of letters was touching. But Brooke, Ridge, and Liam saw the heartfelt communication Hope secretly was sending to her father since 2017 as a sign of her being manipulated.

Overuse of the word offended is rampant. However, in this instance, Hope was rightfully offended by the condescending manner in which her other supposed loves ones treated her. It was as if Brooke, Liam, and Ridge think of Hope as a naive child. She is certainly not that.

The trio assumed that Deacon sought Hope out. He did not. They also thought that he was there seeking some type of payoff. That did not appear to be true.

Deacon came to see his daughter, whose letters gave him, in his words, hope while he was serving his prison sentence.

The Bold And The Beautiful Spoilers – Release Leads To Growth?

Kanan is a fine actor. His character is strong, and his performances are consistently engaging. So, it was no surprise when Deacon crossed over to The Young and the Restless for an extended period (2009-2012).

Deacon, who debuted on B&B in 2000, has long been an erratic villain. Hopefully, he is true to his word this go-round, as having Kanan pursue a redemptive path would be good soap.