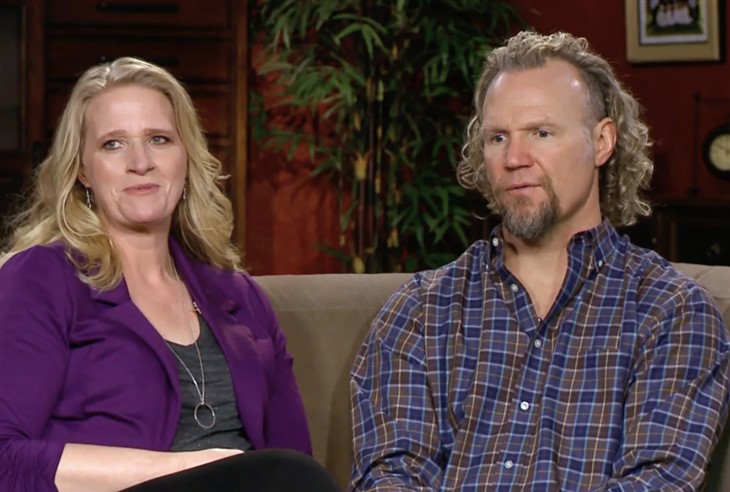 As fans of Sister Wives know, Christine Brown announced the end of her marriage to Kody Brown last month. In the new sneak peek for the show the signs of the coming end to their marriage, become apparent.

In the clip from the upcoming season 19 premiere of Sister Wives acquired by People, Christine can be heard calling her marriage to Kody “sad” and revealing that the two didn’t even hold hands.

In the sneak people of the premiere that will run on Sunday, November 21, Kody Brown, 52, sits down with Sister Wives, Meri, Janelle, Christine, and Robyn to discuss the property in Flagstaff, Arizona.

Though everyone else seems to be on the same page, Christine, 49, is still preoccupied with trying to get Kody to move the entire Brown family back to Utah where polygamy is now legal.

The Sister Wives alum admits to a struggle in her relationship with Kody, but, as fans know, things have broken between the two since the new season was filmed and so, fans are already frustrated with the season, and it hasn’t even premiered yet.

In the clip, Robyn, 43, tells cameras, “Christine is upset. I understand it,” and goes on to elaborate saying that it was scary, what the Brown “family culture is looking like” because the family is not spending time together.

Sister Wives – Kody Brown’s Concerned Only About The Property

Back in the family meeting, Janelle seems to be validating Christine, saying that she doesn’t know if this is something that fixes itself right away but, she adds, “I want to honor where you are.”

Kody doesn’t seem interested in their discussion as he attempts to redirect the conversation back to the subject of the Arizona property.

The brown patriarch tells the four Sister Wives that they need to figure out the property lines so that they can move on with the building process.

“We don’t want to wait any longer.” Christine Makes No Decision, ‘I Am Hurt Today’ In the meeting, Christine shows her concern through body language but remains silent. Later in the clip, she speaks to the camera that she’s “hurt.’

After the meeting is concluded Christine tells cameras that she really needed the support she got from her Sister Wives but, “I never wanted to be so estranged and have extremely limited physical contact, not even hand holding,” concluding that her marriage to Kody is, “sad.”

Catch up with Sister Wives on Sunday, November 21, 9 PM Central on TLC.