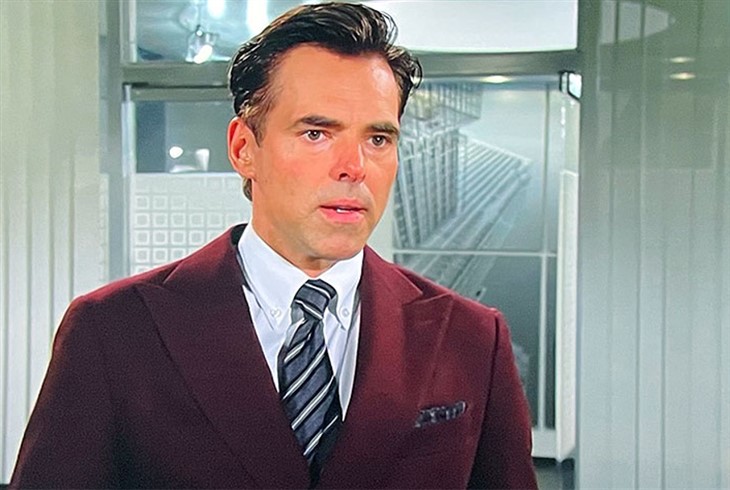 The Young and the Restless (Y&R) spoilers document that Billy Abbott (Jason Thompson) took a third, unexpected road. Rather than double-down, as he suggested to Lily Winters (Christel Khalil), or surrender Chance Comm, Billy’s offer to Victor Newman (Eric Braeden) was smart.

Billy was playing to Victor’s ego by offering to step down as co-head of Chancellor Industries media division. Thompson’s character is also trying to preserve what he and the current love of his life have built to date.

Victoria Newman Locke (Amelia Heinle) is not in love with Billy. Instead, her new soul mate is Ashland Locke (Richard Burgi). He is living on borrowed time, as she knows.

Billy and Lily will have a conversation with Vashland that allows all parties to lay their cards on the table. Possibly, this rival business can persist if Billy can convince Ashland to drop his lawsuit threat.

Ashland’s reputation does not include compromise. Victoria’s reign at Newman Enterprises has not allowed threats to remain alive. So, what incentive would she have in allowing Billy and Lily to survive?

Adam Newman (Mark Grossman) believes that he accidentally killed Billy’s daughter, Delia Abbott (Sophie Pollono). That happened years ago in real and soap time. Both male characters were played by different people (Adam, by Michael Muhney and Billy, by Billy Miller) during that era in Y&R’s history.

Yesterday does not matter to Adam when it comes to Billy. However, Adam is supposedly pursuing a redemption path. So, what gives?

Well, Adam got on board with his father and Ashland’s plan to take Billy down after the trouble at the Vashland wedding in Tuscany, Italy. So, in Adam, Ashland, Victoria, and Victor’s minds, Billy provoked this battle.

The great Jess Walton (Jill Abbott Atkinson) is teased to soon reappear on Y&R. The head of CI created a position for Billy by inventing Chance Comm. Jill did one better by hiring Lily to be his leveler.

But even Lily does not have the power to deal with Victor, Adam, and Ashland’s attack. Hopefully, Jill’s return to Genoa City, Wisconsin, allows this Newman Media rival to survive.

The Newman’s and Ashland can not be allowed to run over Billy and Lily. And, the article that appeared on their news website about the Lockeness Monster was true, as their rivals know.