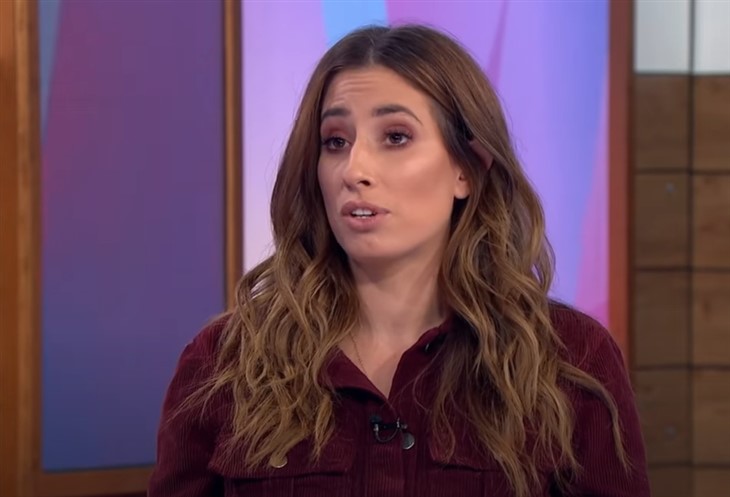 British royal family news divulges that not everyone is thrilled with the royal family and one celeb has a novel idea for the clan’s unused houses, erm, castles.

An old clip of Stacy Solomon dragging the family has gone viral and now there is a ton of chatter about it. The celeb said she just doesn’t get The Firm and thinks their unused mansions should be turned into homeless shelters.

The clip is from an episode of Loose Women and is now viral on TikTok and Twitter.

First off Stacey says that she does not understand why people are “obsessed” with “these humans who are exactly the same as us.” That’s right, we all fight with the relatives then go on to complain to Oprah Winfrey about it on national tv. Yep.

Actually, not all royals are the same Harry and Meghan have gone on to bigger and better things according to them.

She added, “It could be us four sittings there, I just don’t get it!”

“To me, that’s all they are,” Stacey replied and then Linda Robson chimed in agreeing with Jane that the Queen is “brilliant” and “has always worked hard.”

Stacey isn’t having it, however! She chirps, “But I would work hard if the whole country paid for me to have, like, 12 houses.”

“I’m already thinking, you know, it’s freezing cold outside and people are homeless and these people have, like, houses to spare.

“It does sometimes become a little bit frustrating because I don’t see the purpose of all of that money going to this entire family.”

One tweeted about the video, “Every day I fall a Lil more in love with Stacey Solomon. The way she speaks up about how unnecessary the royal family is is incredibly brave! Plus she’s absolutely right.”

Not everyone agreed and some fans defended the Royal family, like this tweet: “How about they cost £60 million a year and return circa £500 million in revenue to the country.”

Another said, “The Royal Family bring in £2billon to the UK economy, who’s going to bring that money in without them? These are valid points, but not everyone stops to consider the minutia of issues, it’s much easier to hop on the emotional bandwagon and spew (we’re looking at you, Harry).