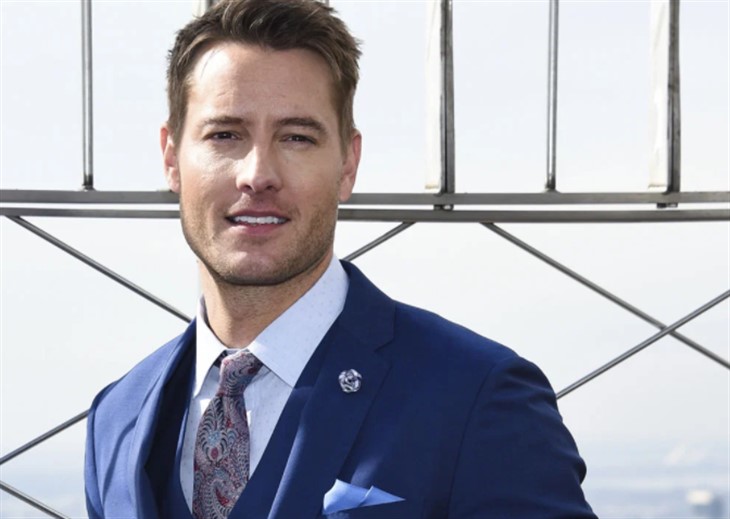 The Young and the Restless (Y&R) spoilers and news reveal that alum and This Is Us star Justin Hartley (Adam Newman) is hard at work on the LA set of a new film titled A Lot Of Nothing. According to Deadline, the thriller is filming right now and also stars Y’lan Noel Cleopatra Coleman, Lex Scott Davis, and Shamier Anderson.

Deadline reports that the movie is described as a “dark comedy-thriller” which sounds right up Hartley’s ally after having played bad seed, Adam Newman, on the CBS sudser Y&R.

According to the outlet, the movie follows a married couple who live in an LA suburb. But things take a turn for the bizarre when the couple makes the shocking discovery that their next-door neighbor (Hartley) is a criminal. The couple decides to take matters into their own hands when they realize that the neighbor is a police officer who killed an unarmed motorist.

Actor-producer Mo McRae makes his directorial debut with the movie of which he said, “Throughout the course of my entire life movies have had an undeniable impact on not just my POV of the world but also the way I view myself.”

“I believe this film provides me an opportunity to present a very unique lens for people to look at themselves as individuals and society as a whole. I am excited for the chance to explore many of the themes that plague our communities and homes in a way that gives us permission to laugh at ourselves, cry, be angry, and hopefully become liberated in the process.”

The Young And The Restless Spoilers: Victoria Overestimates Her Power – Nikki Warns of Victor's Strengthhttps://t.co/EujxBZ3Y63

The movie’s producer Inny Clemons had high praise for the Y&R alum: “Justin is delivering an unbelievably powerful performance in our film. I applaud him for his courage and commitment to taking on this role. Justin is embracing the challenge head-on from day one and never flinches. I can’t wait for the world to see his riveting performance.”

Since leaving Y&R star Hartley has been in the films Little, A Bad Moms Christmas, and The Hunt, plus star in the dramedy This Is Us, Mark Grossman is now in the role of bad boy Adam Newman.