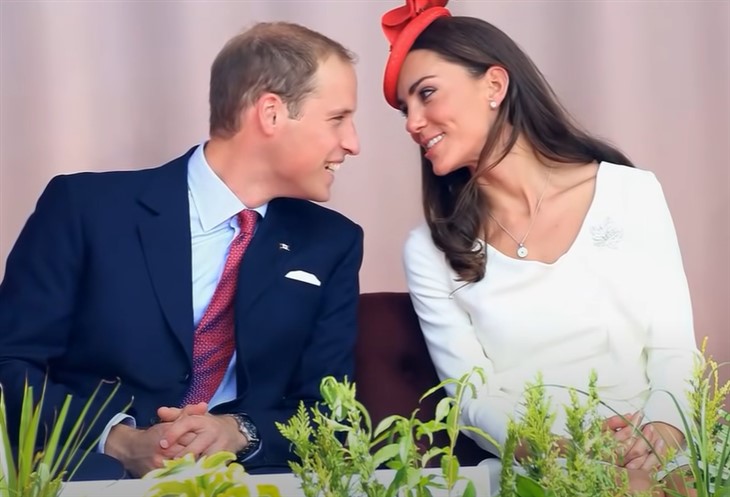 British royal family news reveals that the Duke and Duchess of Cambridge celebrated their tenth wedding anniversary yesterday. The former Archbishop of Canterbury who married Prince William and Kate Middleton is looking back on that memorable day and spilling some inside gossip.

According to him, he had a sudden insight as they stood before him and he talks about that and more in a new documentary titled Royal Wedding: A Day to Remember.

The couple married on April 29, 2011, in a ceremony televised around the world. Over two billion people watched as Rowan Williams performed the Westminster Abbey service with William and Kate.

Were they nervous? Not according to Williams who said they appeared to be enjoying themselves. He added that he knew the marriage would be a success by the way the pair were smiling at each other.

Williams remembers, “They didn’t seem nervous. As it happens, a couple of billion people were watching, but they were still talking to one another, from the center, where it matters.

Royal Family News – Were William And Kate Nervous At The Altar?

He went on to say, “They looked as if they were quite enjoying themselves. And when they are smiling at each other, I feel “Yes, yes, it is working” and it did.”

To mark their 10 year wedding anniversary the couple, who are now parents of Prince George, seven, Princess Charlotte, five, and Prince Louis, three, shared some photos and a video with eager royal fans.

The @kensingtonroyal Instagram page carried this caption: “Thank you to everyone for the kind messages on our wedding anniversary. We are enormously grateful for the 10 years of support we have received in our lives as a family. W & C.”

In the short video, the happy family is seen enjoying some playful moments in nature.

The future king and his family were filmed climbing the sand dunes on the beach in Norfolk as well as sitting around a campfire and toasting marshmallows in the countryside. Additionally, the kids were shown playing in the garden of their Anmer Hall residence.

London-based filmmaker Will Warr captured these special moments for the couple’s tenth-anniversary video. In one photo Kate has her hand on her husband’s leg, with the late Princess Diana’s sapphire and diamond engagement ring prominently displayed on her finger.