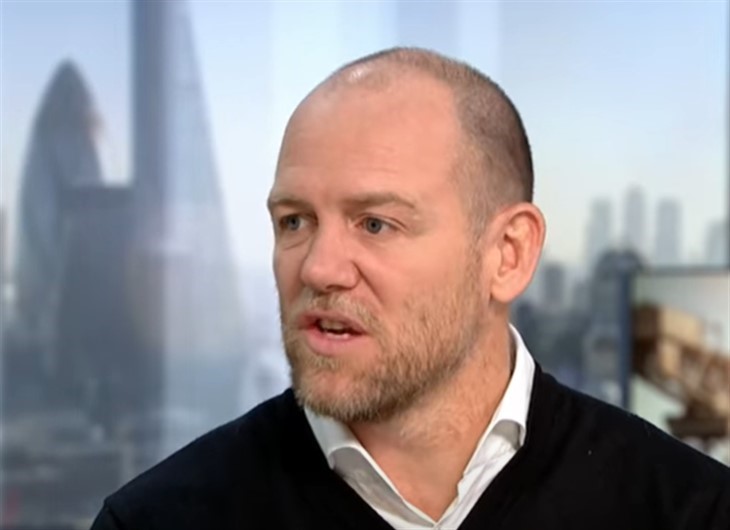 British royal family news divulges that Mike Tindall is shedding some light on what really happened at Prince Philip’s recent funeral in which his 95-year old widow Queen Elizabeth provoked a reaction from around the world as she was pictured sitting all by herself.

The former England rugby player is married to the Queen’s granddaughter, Zara Tindall. He has mentioned tidbits about the royals on his own podcast but today appeared on BBC Breakfast from his home on Princess Anne’s Gatcombe Estate.

According to him, the Duke of Edinburgh’s low-key yet eloquent funeral was one that Philip would have approved of.

He divulged that after the service the family weren’t allowed to stay and support the Queen and were told to, “get in your cars and go home.”

He explained, “Having to see the Queen make a stand in terms of having to show what the world is at the moment and sit on her own and be as brave as she was, I thought just summed up her up as a lady. She was amazing.”

Covid-19 restrictions were behind the guest list is limited to 30 and the Queen sitting on her own. Mike added that “loss is always going to be difficult.”

He continued to set the scene by saying that, “Then the funeral finished and it was ‘Get in your cars and go home, but that is what is allowed, that is what the rules state, so that is what happened.”

“It was tough but I thought the actual funeral was done so well that I think he will be looking down and he would have actually been happier about the way it happened.”

Philip was a notoriously low-maintenance royal who did not want to be fussed over and his funeral reflected his wishes as his coffin traveled on a Land Rover he helped to design.

Mike and his wife Zara welcomed a son, Lucas, a month ago and named him after Philip in honor of both Tindall’s father and the Duke of Edinburgh, who died 19 days after the birth; it is thought that Philip was not able to meet his newest family member.

Mike and Zara also have daughters Mia, seven, and two-year-old Lena. Of parenthood, he said, “We are loving it at the moment. It is always nice to have a little boy to keep me company. I am surrounded by ladies.”