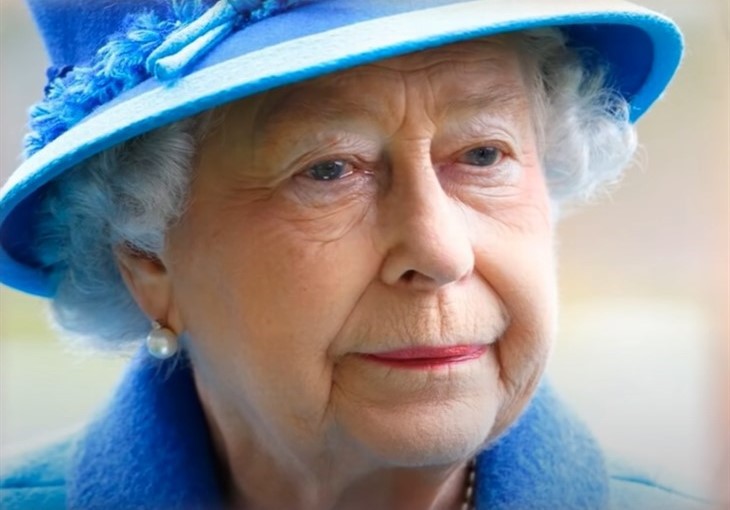 British royal family news reveals that Queen Elizabeth was in fine form today as she participated in a video call despite her grandson Prince Harry, Duke of Sussex’s latest round of ripping the family to shreds.

She virtually welcomed the new Singapore High Commissioner, Lim Thuan Kuan, who presented the Letters of Recall of his predecessor and his own Letters of Commission.

She appeared via video from Windsor Castle while the dignitary was at Buckingham Palace.

She appeared to be happy in spite of Harry’s public drubbing and carried out her royal duties with aplomb.
Today Harry and his media partner Oprah Winfrey dropped a new Apple TV+ series. In it Harry continued the cheese and whine tour he has been on since abandoning the royal family; according to him his trashing is a “truth bomb.”

Royal experts said today that his latest insolent attack on the Windsors will cause fresh anger at Buckingham Palace and further sever the bond between them.

Despite his family’s pleas to work out his anger in private, he has insisted on airing everyone’s dirty laundry in public.

During the video chat Her Majesty welcomed the new Uruguayan Ambassador, His Excellency Dr. Cesar Rodriguez-Zavalla, who presented the Letters of Recall of his predecessor and his own Letters of Credence.

She was dressed in a beautiful pastel pink suit, and she smiled warmly as she interacted with the dignitaries.

Her appearance came on the heels of Harry’s new documentary series on AppleTV+. Both he and Oprah produced the show titled The Me You Can’t See. According to royal commentator Richard Fitzwilliams there is now, “clearly a huge gulf between the Royal Family and the Sussexes,” while Harry’s biographer Angela Levin called his appearance, “phony and embarrassing.”

“The Queen urged that the issues be dealt with privately as a family. Meghan and Harry don’t seem to be heeding that at all,” Richard said, noting, “The other problem is that when you’re dealing with a couple who are erratic, you don’t know what’s coming.”

Levin said that Prince Charles will be especially hurt by Harry’s repeated criticism of his parenting skills: She said: “Harry seems to be stuck in this and some of the things he said about his father, for example… that he didn’t have it very good as a child, therefore Harry and William must have it too.”

“I find that extremely hard to believe because Prince Charles did his absolute best. Maybe he wasn’t the best parent but I don’t know many people who are perfect parents. I watched it all and I felt so embarrassed that he would go through this.”