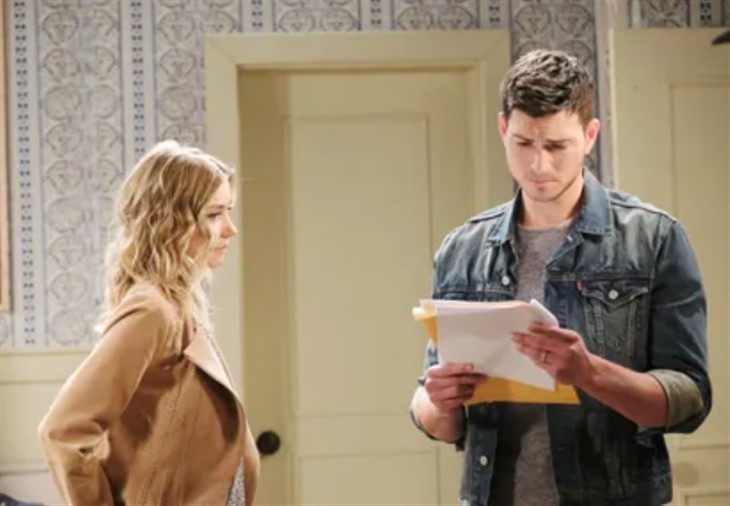 Days Of Our Lives Spoilers – Search For Jan Spears

DOOL spoilers reveal that Jan kidnaps Claire, but will also end up having Chloe Lane (Nadia Bjorlin) as a hostage. The car that Jan steals just happens to be the same one that Kristen has been using. Kristen tied up her competition and stuffed her in the trunk of the vehicle. Don’t expect Jan to release either hostage. In fact, things will go from bad to worse. In the meantime, everyone is searching for Jan.

During the week of May 31, Ben will continue his search for Claire. He ends up getting a lucky break and finds her. His intent is to save her life but things get complicated. Jan has a lot of tricks up her sleeve and is trying to stay one step ahead. Knowing that someone will come looking for Claire, Jan has set up a booby-trap to the only way Claire is released is in a body bag.

Days of Our Lives spoilers reveal that Ben will be thankful to find Claire alive. He probably springs into action to try and save her. Meanwhile, Philip is dealing with Jan and trying to rescue Chloe. However, Ben is famous for his good intentions backfiring and this is no exception. Ben walks in and accidentally triggers a booby-trap. It is teased that Claire could die as a result of Ben’s mistake.

Even though actors in soaps come and go, as well as die, we don’t predict this is the end for Claire. We expect something to happen that will lend up saving her life. Whether that is Ben, Philip, Chloe, or Claire herself remains to be seen.

Things aren’t much better back in Salem. Belle Brady (Martha Madison) offered to plead guilty to killing Charlie Dale (Mike Manning). The trade-off is that Jan had to release Claire unharmed. It’s not confirmed if Jan agrees to the deal, but Belle’s murder trial is this week. There is a real possibility that she could be found guilty. We can’t imagine the soap killing Shawn’s daughter and sending his wife to prison at the same time. It would be too much and fans don’t want that kind of ending. So, how will Claire survive when Ben accidentally triggers the booby-trap that Jan set?