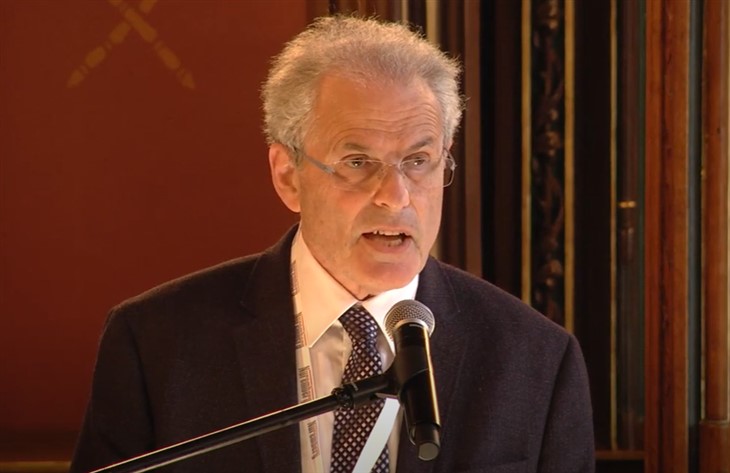 British royal family news reveals that a damning official judgment on disgraced BBC reporter Martin Bashir shows that he, “charmed, lied and forged his way to the global scoop that the BBC spent 25 years defending.”

Former judge Lord Dyson’s report explained in excruciating detail the lows the reporter reached in securing an interview with the late Princess Diana. The reporter left the BBC last week due to “health issues.”

Royal Family News – Martin Bashir Has Been Exposed As A Fraud

Dyson, the retired Master of the Rolls, interviewed Bashir as part of a six-month investigation. Bashir denied having notes of a crucial meeting with Earl Spencer, Diana’s brother, but Spencer had damming evidence.
In a stunning conclusion, Dyson stated, “I found Earl Spencer a credible witness… I cannot say the same of Mr. Bashir.”

Royal Family News – Martin Bashir Is No Longer With The BBC

Dyson’s report details Bashir’s “improbable” version of events and shed light on the man himself. According to Dyson, the reporter was effective and skilled: “Anyone who watched the interview with Princess Diana must have been impressed by his qualities as an interviewer. Quietly spoken and gentle, he exuded charm, warmth and, above all, empathy.”

Nonetheless, he reached the conclusion that Bashir used deceit to land his November 1995 interview with Diana. He quoted Panorama reporter Mark Killick who stated, “It is a cliche, but he really could charm the birds from the trees.”

Bashir got to Diana through Earl Spencer by persuading him to make an introduction. He then proceeded to lie about senior royals and courtiers to gain Diana’s trust. As fortune would have it, Earl Spencer kept meticulous notes from their 90-minute meeting in September 1995.

According to Dyson, the earl wrote down 38 points which Bashir denied but Dyson declared himself, “satisfied Mr. Bashir said most, if not all.”

Among the lies told by Bashir were that Diana’s private correspondence was being opened, her car tracked and phoned tapped, her bodyguard was plotting against her, and close friends were betraying her.

Some claims were utterly outlandish, for instance Bashir told Diana that Charles was in love with the children’s nanny and questioned whether or not Prince Edward had AIDS.

He also claimed that the Queen had heart problems and, “Eats for comfort.”

Bashir asserted that Diana told him these things, telling the investigation, “These matters are consistent with the type of things that the Princess of Wales later told me that her clairvoyant and mystic sources had told her.” Lord Dyson ruled otherwise.