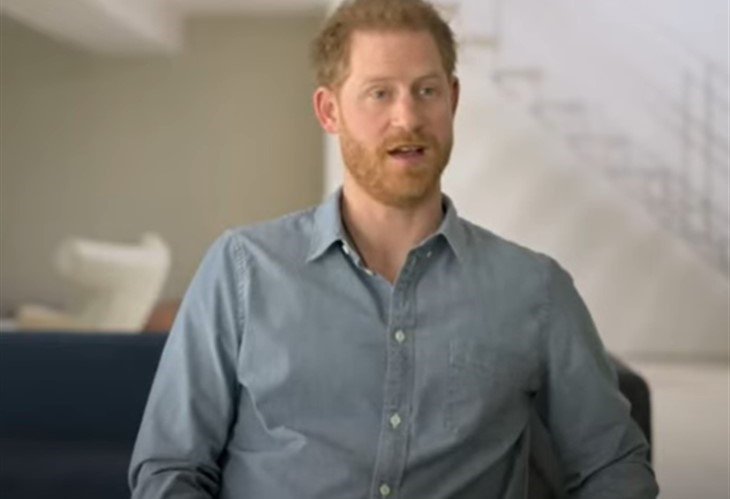 British royal family news reveals that Prince Harry, Duke of Sussex was just 12 when his beloved mother Princess Diana died in a 1997 car crash. He has stated that the ages of 28 to 32 were a “nightmare time” in his life.

He and Oprah Winfrey are producers of the Apple TV+ docuseries, The Me You Can’t See. The trailer has dropped and in it he is heard talking about how he coped with the death of his mother when he was in his 20’s.

He added, “I was willing to try and do the things that made me feel less like I was feeling … but I slowly became aware, OK, I wasn’t drinking Monday to Friday, but I would probably drink a week’s worth in one day on a Friday or a Saturday night. I was by myself drinking not because I was enjoying it, but because I was trying to mask something.” Harry called Meghan Markle, the woman he married in 2018 a major reason he began therapy to “fix” himself.

Harry calls therapy a “learning journey” that made him more aware of what he was doing to cope. “I’ve got a hell of a lot of my mum in me,” he said. “[Therapy] was the start of a learning journey for me.”

“I quickly established that if this relationship [with Meghan] was going to work, I was going to have to deal with my past because there was anger there…and it didn’t anger at her. It was just anger and she recognized it. She saw it.”

“My father [Prince Charles] used to say to William and me when I was younger, ‘Well, it was like that for me, so it’s going to be like that for you,’” Harry remembered. “That doesn’t make sense. Just because you suffered, that doesn’t mean that your kids have to suffer. In fact, quite the opposite. If you suffered, do everything you can to make sure that whatever negative experiences you had, you can make it right for your kids… Isn’t this all about breaking the cycle? Isn’t this about making sure history doesn’t repeat itself?”

The series comes on the heels of an inquiry into a 1995 interview with Diana by Martin Bashir. A judge found that Bashir used deceit to gain the interview and the BBC covered up the misconduct.