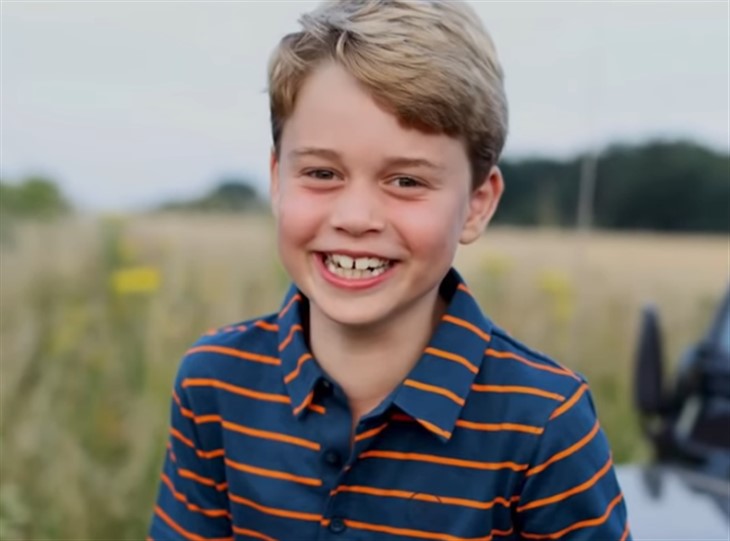 British royal family news reveals that Prince George is celebrating a huge birthday. Today the future king of England turned 8 on July 22. As is customary, the royal family released a picture of George, and this year it has extra special sentimental value.

This year’s birthday photo shows the future monarch sitting on the hood of a Land Rover Defender off-road vehicle. Land Rovers were near and dear to his great grandfather Prince Philip’s heart. Philip Duke of Edinburgh died in April at the age of 99.

As has been the family’s tradition, the photo was taken by proud mom and amateur photo bug Kate Middleton. It was taken at the family’s Amner Hall home in Norfolk.

Philip loved to drive Land Rovers and for his funeral his coffin was carried on a specially adapted Land Rover that he helped to design.

Prince Philip stuck to using Land Rovers through his adult life and granted his Royal Warrant to Land Rover over four decades ago. Thus having George perched on the Land Rover will be taken as a sweet nod to the late patriarch.

Kate is a dedicated photographer and takes her own photos of George, Princess Charlotte and Prince Louis that are released to the public. In this year’s photo, George is dressed in a navy and orange striped polo shirt and navy shorts. His best accessory is his adorable smile!

In recent weeks Prince George has been public appearances as his parents reportedly want to acclimate him to being in public.

Earlier this month he accompanied his parents at the European Championship final and watched as England lost to Italy at Wembley Stadium. For the event Prince George looked adorable, as he twinned with his proud dad.

Like Prince William, George was dressed in a dark suit and tie. Unfortunately, some trolls thought it a good idea to make fun of the youngster.

Some unfunny posters mocked George’s attire and made other snide comments about him. It was said that his parents were upset at this, as any parent would be. Some royal commentators even claimed that the family might forgo posting a birthday pic of George this year because of the trolling.