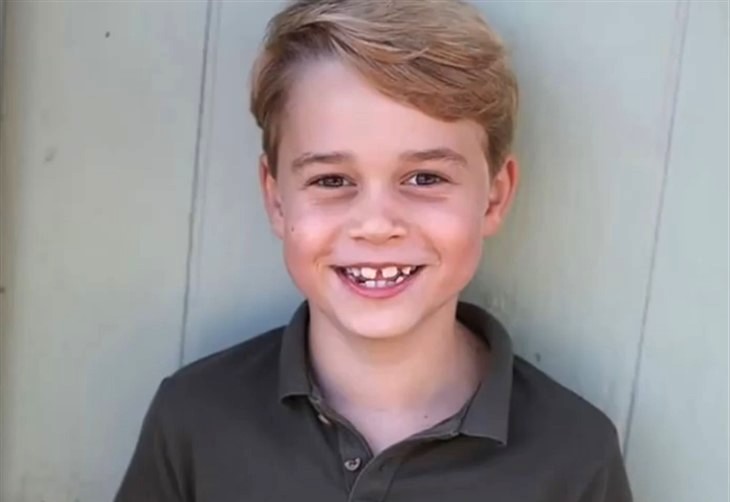 British royal family news shows that Prince William and Kate Middleton have been prepping their son Prince George about what his future holds for him as a sovereign.

The youngster will one day rule the UK as King of England and he has reportedly already been told of his majestic destiny.

Royal Family News – Prince George Will One Day Be King

A royal expert claims that, “sometime around his seventh birthday,” William and Kate the Duke and Duchess of Cambridge informed him of his, “life of future royal service and duty.”

Prince George turned seven in July 2020 so he’s had a year to absorb the news and was last seen with his father and sister Princess Charlotte on Sunday as they launched a half marathon on the Sandringham estate.

Royal watcher Robert Lacey’s book Battle of Brothers notes, “William has not revealed to the world how and when he broke the big news to his son. Maybe one day Prince George will tell us the story himself. But sometime around the boy’s seventh birthday in the summer of 2020 it is thought that his parents went into more detail about what the little prince’s life of future royal “service and duty” would particularly involve.”

Royal Family News – How is Prince George Like Britney Spears?

If this brings to mind the saga of Britney Spears, you’re not alone. What is the difference between George being told he will be king and Britney being told she shall not be free?

According to the book, the couple’s decision reflected, “William’s unhappiness at the haphazard fashion in which the whole business of his royal destiny had buzzed around his head from the start.”

William reportedly wanted to give his son, “a normal family upbringing,” and keep the monarchy, “relevant.”

The book goes into detail about a historic picture taken in 2019. “According to insiders, this formal photograph, taken in the Buckingham Palace Throne Room a week before Christmas 2019, was the idea of Prince Charles, anxious to promote his cause of the “slimmed-down monarchy.’”

“The prince had been placed on a red-carpeted step in order to bring him up closer to the level of his great-grandmother,’ Lacey wrote, “What a fascinating and historic image to remind us of the essence of the royal system! The current monarch with three future monarchs. All the living heirs – and not a suggestion of a “spare.”

General Hospital (GH) Spoilers: Drew Heads Back To PC To Claim His Daughter And Sam