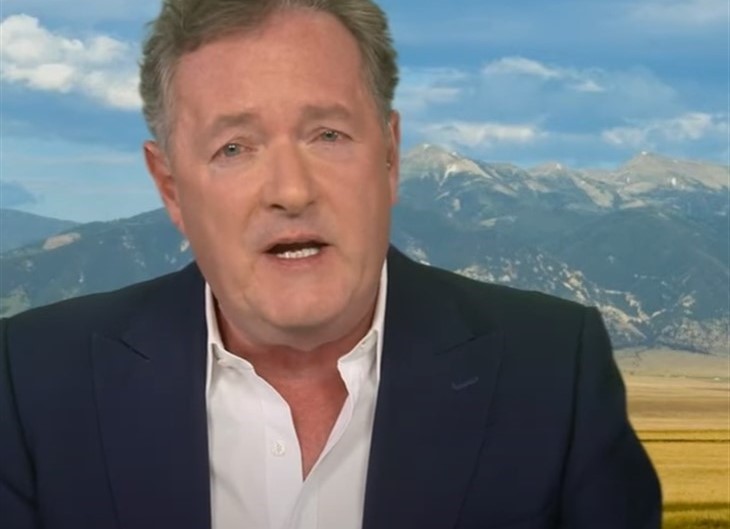 British royal family news divulges that Piers Morgan is not impressed with Prince Harry’s latest verbal vomit in which he called out his dad as an unfit parent who he definitely won’t be emulating.

So much for loyalty. Harry’s latest family diatribe comes after a March tell-all with Oprah Winfrey in which he threw his family under an 18-wheeler. Harry’s latest rant had him claiming that his father Prince Charles treated him, “the way he was treated,” and he will “change that” for his own children. Why is Harry so full of spite and rage?

On Thursday Harry went on Dax Shepard’s podcast and whined in woke language that he had experienced “genetic pain” throughout his life being a member of the royal family.

He moaned, “I don’t think we should be pointing the finger or blaming anybody, but certainly when it comes to parenting, if I’ve experienced some form of pain or suffering because of the pain or suffering that perhaps my father or my parents had suffered, I’m going to make sure I break that cycle so that I don’t pass it on, basically.”

“It’s a lot of genetic pain and suffering that gets passed on anyway so we as parents should be doing the most we can to try and say ‘you know what, that happened to me, I’m going to make sure that doesn’t happen to you.”

Royal Family News: Why Is Prince Harry So Angry?

Piers tweeted this about Harry’s whine-a-thon, “How many more times is this spoiled brat going to publicly trash the Dad who’s bankrolled him his entire life?”

He later posted a newspaper page with the headline, “Just How Low Can Harry Go?” and added, “I fear a lot lower.”

Royal Family News: Prince Charles Has No Clue How To Shut Down Prince Harry #PrinceHarry #PrinceCharleshttps://t.co/ETWRHcHkJe

Piers’ former GMB co-host Ben Shephard was exasperated with Harry as well. The ITV show host said, “I mean, when you start with, ‘I don’t want to point the finger’ and then immediately points the finger!”

He added, “…we’ve all been there as young parents. What am I going to do? I’m going to take the best bits that my parents did and take the bits that I didn’t quite enjoy as much as a kid growing up.”

“But then you get down the line 10 or 15 years later and you put your hands up and say, ‘Goodness me, I can see why you did the best you did’. And you have more respect.”