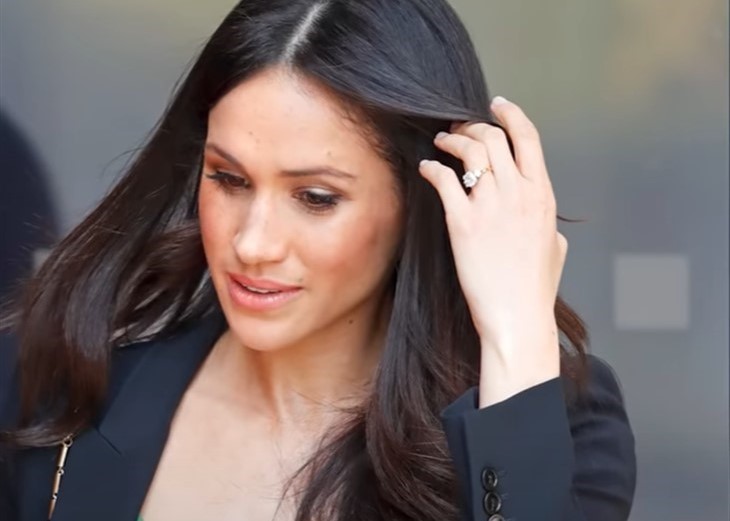 British royal family news reveals that there’s another refutation of Meghan Markle, Duchess of Sussex’s outrageous Oprah Winfrey tell-all claims. Meghan’s claims that she felt “unprotected” by the Royal Family have been rebutted by none other than her own former communications secretary.

According to Jason Knauf he “repeatedly” spoke to Meghan’s estranged father Thomas Markle and objected to intrusions into his privacy for years.

In March Meghan told Oprah Winfrey that the palace did not protect her but, “we’re willing to lie” to protect other royals. Oprah asked the now infamous question, “Were you silent, or were you silenced?” to which Meghan replied, “The latter.”

During the interview shown on March 7, Meghan clacked, “It was only once we were married and everything started to really worsen that I came to understand that, not only was I not being protected, but that they were willing to lie to protect other members of the family. They were not willing to tell the truth to protect myself and my husband.”

Royal Family News – Meghan Markle Has Made Many Salacious Claims

Knauf now works as the chief executive of the Royal Foundation of Prince William and Kate Middleton.
Meghan has gone to other drastic measures to ensure her voice is heard. She is suing Associated Newspapers Limited (ANL), the publisher of MailOnline, due to them publishing articles that reproduced parts of a letter she wrote to her father.

She claims the five articles, published in print and online in February 2019, breached the Data Protection Act, misused her private information, and infringed her copyright.

In February of this year, the High Court granted Meghan summary judgment for her privacy claim, as well as most of her copyright claim. This means that she won those parts of the case without needing to go to trial.

Royal Family News: Prince Charles Thanks Fans For Their Condolenceshttps://t.co/WangXe2FKB

Another important decision was reached this week in the matter when Lord Justice Warby granted summary judgment in relation to the remaining parts of the duchess’s copyright claim.

ANL previously said that they believed Knauf to have written parts of the letter for Meghan and as such the defendant argued that this meant that the letter belonged to the Crown. Markle’s father has expressed his wish to testify in court about the matter.

However, the elderly man is in ill health and has claimed that his daughter purposely asked for a trial extension in order to deny him an appearance.