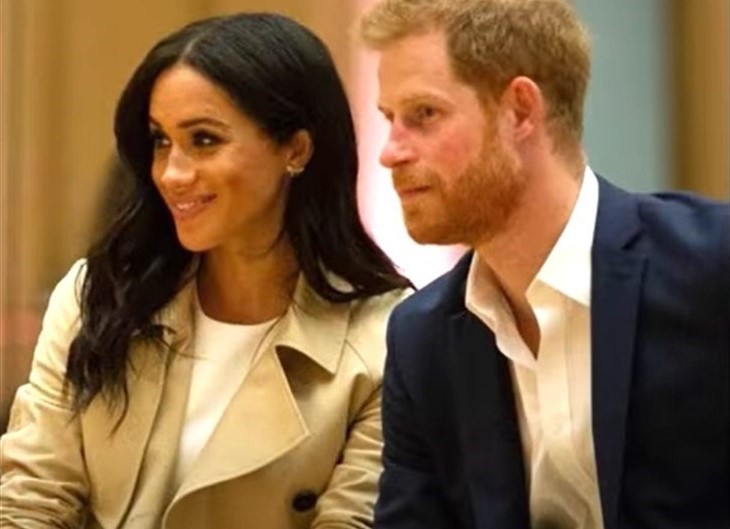 British royal family news shows that royal experts are full of concern and warnings after viewing a sneak peek of Oprah Winfrey’s grilling of Meghan Markle and Prince Harry.

Speaking to the MailOnline insiders say that Buckingham Palace should be ‘scared’ that the March 7 tell-all has been extended from 90 minutes to two hours.

In the clip Oprah Winfrey asks Meghan Markle if she was ‘silenced’ by the Crown leading one expert to complain that the Queen is not a blood thirsty mob boss like Don Corleone from The Godfather.

Viewers also saw Prince Harry retort that he had to move to LA with his family because he feared ‘history repeating itself.’

Poor put upon Harry also describes his privileged life as ‘unbelievably tough.’ To top it all off a gobsmacked Oprah intones that the couple both say, ‘some pretty shocking things.’

Based on the tease it is being said that the interview will upset the Queen, Prince Charles and Prince William when the show airs.

It’s not hard to imagine why, with the host promising ‘shocking’ revelations and ‘no subject off limits.’

Royal expert Robert Jobson said the trailer was packed with ‘over the top, melodramatic nonsense.’

He added, ‘The Queen and the Royal Family are not the Corleone family of Windsor. There are no hit men or heavies going around silencing people. Meghan, whilst a working royal, was always protected by a team of Scotland Yard officers. Thankfully, she was never in danger physically and Harry knows that. Talk of being “silenced” is just ridiculous. It suits a narrative, I suppose, but at what cost to the Queen, Prince Philip and the Royal Family and our reputation as a country.’

Another royal watcher, Richard Fitzwilliams, told MailOnline of the last minute to extend the show, ‘An extra 30 minutes could be scary for the Palace. Was this because Harry and Meghan were angry at having their patronages removed or had it always been planned? The interview with Oprah will determine their future relations with the royal family for the foreseeable future.’

Another royal critic called out the couple on their hypocritical entitlement in a tweet: ‘It’s been so unbelievably tough moving into our $11million home, signing huge deals with Netflix and Spotify, and drawing on my huge trust from my Royal lineage. Like if you want a quiet life, go have one, keyword being quiet.’