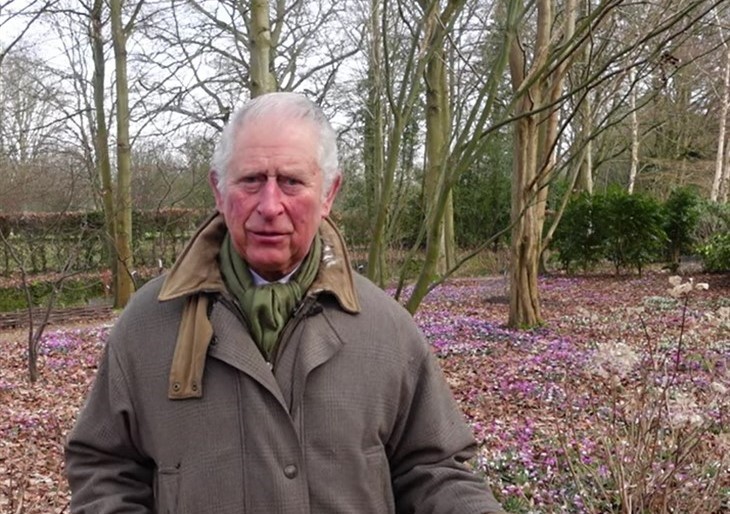 At 94, Queen Elizabeth has survived many challenges in her life. But seeing her husband, Prince Philip, hospitalized, may be the biggest challenge of all.

The 99-year-old Duke of Edinburgh was admitted to a London hospital on February 16. Since then, the Queen has turned to those close to her for support.

Described by a source as managing her “stress and sadness with dignity,” the Queen has received comfort from the entire royal family. Prince William, Kate Middleton, Duchess Camilla, and others are seeking to show their support.  But one person in particular is making a difference.

“Prince Charles is making an effort to step up,” added the insider. “Elizabeth is the first to admit that he has been her pillar of strength.”

Buckingham Palace is cautious in revealing just how Philip is doing, stating only that the Queen’s husband has responded to treatment. The Palace also has not shared details about his illness.

With the coronavirus pandemic continuing to take its toll, the big question is whether Philip has COVID-19. However, the Palace denied such rumors. It is known that the Duke of Edinburgh and the Queen were vaccinated last month.

While Philip is ailing, royal life must continue. The Queen, supported by Charles, and family are keeping up with their official responsibilities.

The pandemic has made it more complicated for the royal family to visit the ailing Prince in the hospital. But although visits are permitted only due to “exceptional circumstances,” Charles was allowed to spend time with his father.

Since Philip retired in 2017, he and the Queen have spent much of their time at Windsor Castle. The couple wed in 1947 just five years prior to Elizabeth becoming the Queen.

Throughout their marriage, Elizabeth has depended on Philip for support. His hospitalization has given Charles the opportunity to show his mother that he has the strength to step up even during troubled times.

Reportedly “distraught” over her husband’s hospitalization, Elizabeth also has suffered through a “rough few weeks” due to Meghan Markle and Prince Harry’s confirmation that they will not return to their positions as working royals, according to sources.

The combination of Philip’s illness and Meghan’s and Harry’s exit have taken their toll on the elderly Queen. Amid all the stress, Charles made a rare statement revealing just how much he cares about his royal parents.

The way that the pandemic has separated him from his mother and father for so long has felt “terribly sad,” admitted Charles.

“But fortunately at least you can speak to them on telephones and occasionally do this sort of thing. But it isn’t the same, is it? You really just want to give people a hug.”