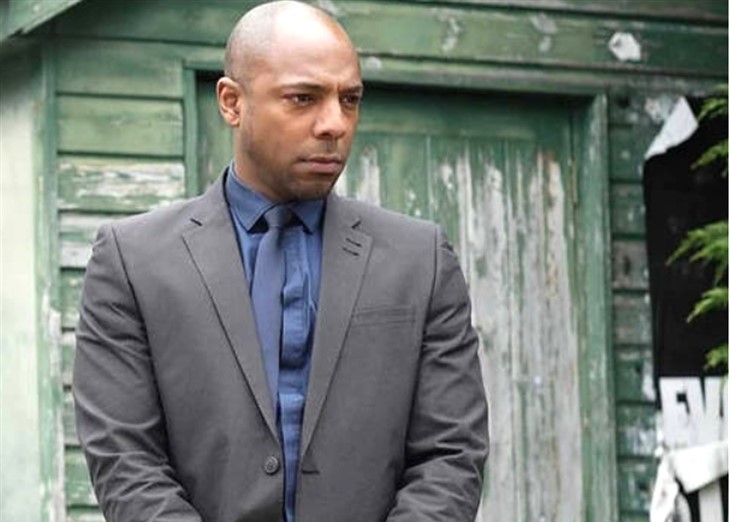 Eastenders spoilers reveal that Lucas Johnson (Don Gilet) uses his dead son’s identity not once, but at least twice. He goes on a date and tells the woman that his name is Jordan. He does the same thing when he meets Caleb Malone (Ben Freeman). Then his cover is blown when he explodes over something Caleb says.

Eastenders spoilers reveal that Lucas walks into the launderette. Karen Taylor (Lorraine Stanley) flirts with him and introduces herself. When she asks Lucas for his name, he lies and says it is Jordan, the name of his dead son. The two agree to go out on a date, but Karen has no idea that “Jordan” is really Lucas… as in serial killer Lucas that kidnapped Denise Fox (Diane Parish).

Eastenders spoilers reveal that when Lucas meets Karen, he realizes that she has no clue of his true identity. But he knows that she just doesn’t know his face. But everyone knows Lucas’ name. When using his dead son’s identity to score a date, he figures it can be used in more useful ways.

According to the new issue of Inside Soap magazine, Lucas manages to get an interview with Caleb. He introduces himself as Jordan, but Lucas isn’t as clever as he thinks. Caleb mentions Chelsea Fox (Zaarah Abrahams) and insults her. This causes Lucas to explode, which proves who he really is. Instead of fixing the situation, Lucas gets a warning from the drug dealer. He is to do the run as planned or there will be consequences.

Eastenders spoilers reveal that Chelsea learns about what Lucas did and she is furious. She doesn’t want any trouble, she just wants to get the drug run over with so the debt can be paid. Once it’s all said and done, Chelsea never wants to see Lucas again. The serial killer realizes there is no way around the drug run. But he does offer Chelsea a deal. He will agree to do the drug run but only if she goes to church.

She’ll probably go ahead and agree to the deal. However, could something end up happening during that church visit? He wants Chelsea to be redeemed and also wants her forgiveness. When she manipulated him into the drug run, he was glad to reconnect with her. But he only recently discovered that it was all a ruse and Chelsea hates him with every fiber of her being. While she has her own issues, Lucas is continuing to battle his compulsion to kill, but it remains to be seen if he wins or loses that war. To find out what happens next, we’ll have to keep watching the BBC soap.