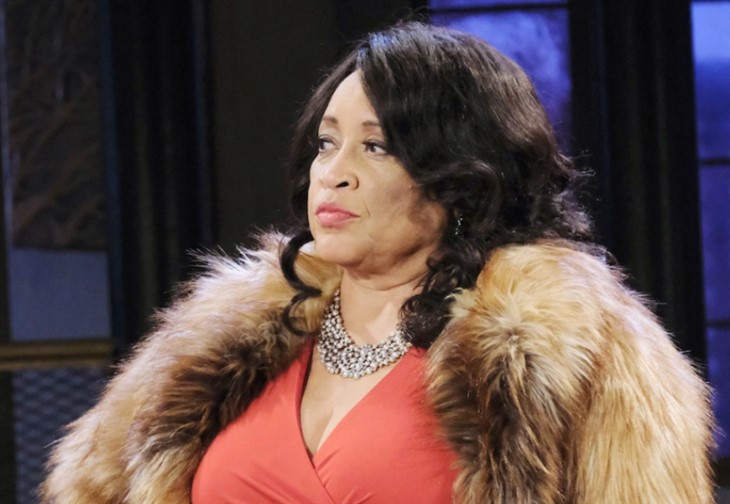 Days of Our Lives (DOOL) spoilers tease that even before Days of Our Lives was renewed for two more seasons, the show had signed Jackie Harry to a contract to make sure that if Days was renewed, that Harry’s new character, Paulina Price, would be front and center. And while she has been a whole lot of fun so far, what makes Paulina required for future stories in Salem? Now, this may seem out of the left field, but that’s why it might work. What if Paulina’s wealth comes from her criminal empire? As far as we know so far, Paulina has been very successful in the real estate industry, which accounts for her wealth. But what if that’s only part of the truth?

Days Of Our Lives Spoilers – Could Paulina Price Be The Next Big Villain In Salem?

Ever since Stefano DiMera (and the actor who portrayed him, the late Joseph Mascolo) passed away, there haven’t really been any major villains worthy of being his successor. There have been many attempts, beginning with Stefan O. DiMera (Brandon Barash) as Stefano’s newest son and more recently with Stefano’s memories and personality given to Steve Johnson (Stephen Nichols) being a brain chip invented by Dr. Wilhelm Rolf (William Utay). But as much as everyone gave those stories their all, it just wasn’t the same. So perhaps the lesson is to bring in a villain who is the polar opposite of Stefano. Viewers would be shocked to find out the somewhat silly persona that Paulina shows most of the time is just a cover so that no one would suspect her of being able to run a criminal empire.

Besides making a show of wanting to help her niece Lani Grant (Sal Stowers) with her newborn twins, Paulina has two other main focuses in Salem. From the time she arrived in Salem, she has been pushing Mayor Abe Carver (James Reynolds) to help her get approved for some major renovations at Horton Square. Paulina has told Abe that she wants to see more diverse businesses thrive in Salem, and upgrading Horton Square is the first step to her plans. But what if those businesses, at least some of them, are how Paulina launders her criminal gains if she is indeed in the mob business. Or she could be much more like Stefano, who always had his hands in just about every criminal activity in Salem at one time or another. And if Paulina is indeed bringing a criminal organization into Salem, she has several people in Salem she will have fooled.

Days Of Our Lives Spoilers – Could Chanel Durpis Be Redeemed If Her Mother Is Revealed As A Dangerous Criminal?

At first glance, Paulina’s daughter Chanel Dupris (Precious Way) just seems like a spoiled brat. But what if the reason she is acting out is that she discovered her mom’s secret and doesn’t know how to deal with it. And she would certainly have to leave Salem in shame if her mom is eventually caught and imprisoned. And if Chanel continues with her plans to seduce Eli Grant (Lamon Archey) she may not have much support from the rest of her family. Lani would be beside herself if her crazy Aunt Paulina turns out to the be the new criminal mastermind that the Salem PD is searching for. And poor Abe, if Paulina’s plans for the Horton Square Renovation are what allows Paulina’s criminal organization to set up operations, he will be furious with himself for pulling strings to help Paulina in the first place, and the scandal from that could easily force him out of the Mayor’s office.

Is it just too crazy of an idea or could Paulina be hiding her criminal activities? Or is she just an eccentric mover and shaker in the real estate business? How would Chanel, Lani, and Abe deal with someone so close to home betraying them in the worst ways? Is the best way to create a formidable villain in Salem is to be the exact opposite of Stefano? Or should they try again by making EJ DiMera (last played by James Scott) or Tony DiMera (Thaao Penghlis) more like Stefano? Sometimes the people who seem the most harmless are really the most threatening, so stay tuned to Days of Our Lives airing on weekdays on NBC. And don’t forget to check back right here regularly for all your Days of Our Lives news, information, and spoilers!