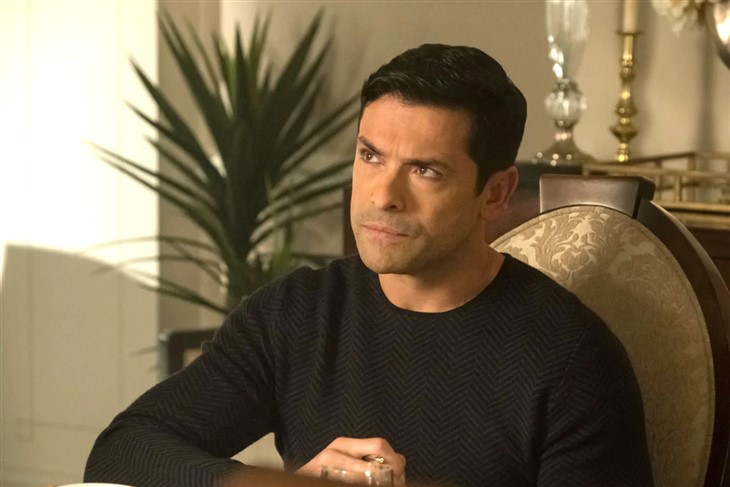 Riverdale star Mark Consuelos and Jelly Ripa seem to have a great relationship and they both work out and looked ripped. However, did Joel McHale just shade him on social media? Some of the CW fans certainly think so. It came when Kelly Ripa shared a photo of herself with Mark as they prepped for Halloween. Of course, fans know the couple goes all out every Halloween with awesome costumes.

If you lived under a rock half your life, then you won’t know that Kelly became a superstar in her own right. Recall, in 2015, she got her very own star on the Hollywood Walk of Fame! It was a really good year for her. Actually, she celebrated 15 years with the daytime talk show, “Live with Kelly and Michael.” Of course, fans also know that she also scooped up a Daytime Emmy for Outstanding Entertainment Talk Show Host. She and Mark met on the set of “All My Children,” and they seemed blessed with a happy family and a strong bond.

Riverdale star Mark Consuelos seems really proud of all his kids, and very much in love with Kelly. Their son Joaquin went to college earlier this year and studies at the University of Michigan. With the older kids fleeing these, the cute couple decided to bring in a new furry friend in March. Fans adore both of them, so of course, they also fell in love with the black Maltese/Shih Tzu mix named Lena. The news came via her new show, “Live with Kelly and Ryan.” Naturally, fans adore that the famous couple shares so much of their lives on Instagram as well.

Mark Consuelos gets very few trolls on his social media. Meanwhile, Kelly quite often does. Mind you, the reasons for it seem unclear. On October 14, Kelly shared a photo of herself with Mark in a posed Halloween scene. She captioned it with, “#tbt 2019 Matrimonio 💀🎃👻🎃💀.” Well, most followers really liked it and a lot of people commented. One of them wrote, “Kelly just a little early, but 👍HAPPY HALLOWEEN 🧙‍♀️🧙‍♂️😉🦸‍♂️🦸‍♀️.” Clearly, she’s getting into the spirit already!

Another commenter popped up and spoke about Mark Consuelos of Riverdale fame. Jole McHale, the actor, show host, and voice actor of equal fame as Mark chipped in. In the photo, Mark wore black jeans and a black tee-shirt. Well, Joel McHale wrote, “I keep saying it but when Mark starts working out he’ll finally get in shape.” Well, fans know that Mark really looks ripped and rather yummy. So, that seemed like an insult. 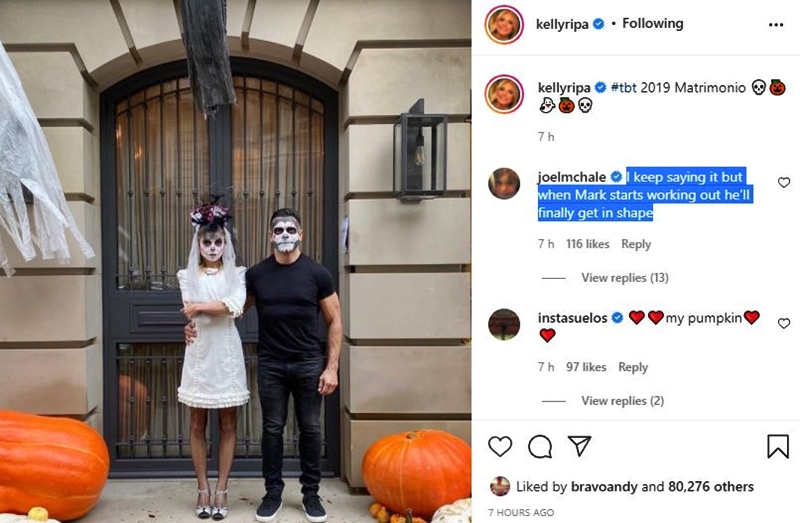 It actually sounded nasty but really, in the comments, it was revealed that Joel McHale just joked around with his friend Mark.

Some fans of Mark Consuelos just didn’t get the sarcasm. Offended, one of them replied to Joel McHale, saying, “He’s as buff as can be. What r u talking about?” Well, Kelly Ripa also got a bit sarcastic and replied, “let us offer our prayers to @instasuelos 🙏🏼.” Meanwhile, plenty of their fans explained that Joel was just being a bit “sarcastic” with his joke.

Be sure to catch up on everything happening with The CW right now. Come back here often for more Riverdale spoilers, news, and updates.