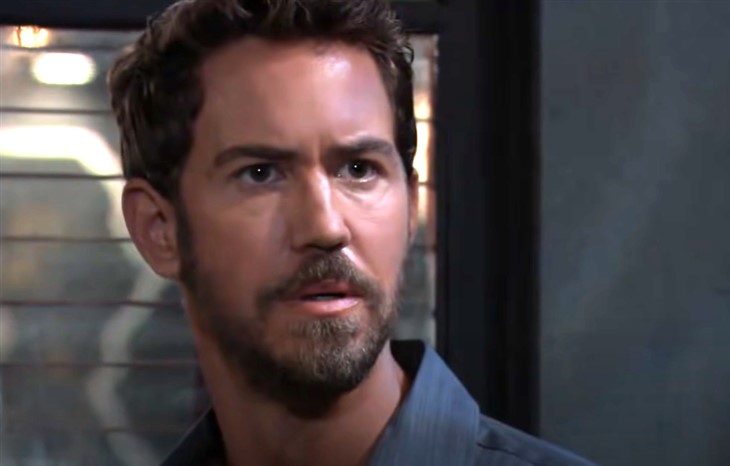 General Hospital spoilers for Monday, October 18, 2021, reveal Victor Cassadine is calling the shots and Peter August is not sure what to do.

General Hospital Spoilers – Does Victor Cassadine Know What Peter August Is Up To?

Victor Cassadine (Charles Shaughnessy) is aware that nobody can trust Peter August (Wes Ramsey) and hears that he’s been up to no good and not following their plans, but he is determined to find out if he’s really been using that ‘key’ on Drew Cain (Cameron Mathison). The key is apparently a tarot card that controls Drew’s mind and turns him into Helena’s Soldier Boy again.

However, Victor might have Valentin (James Patrick Stuart) on his side now that Valentin knows he is a Cassadine again. He will also do anything to bring Peter down. Spoilers say that Victor gives malicious orders? Are they to Peter or his new son that he brought into the fold?

Robert Scorpio (Tristan Rogers) continues to tease Anna Devane (Finola Hughes) about her obvious feelings for Valentin, feelings that he can’t believe she’s developed. As Anna remains determined to find the man, she makes a surprising decision. Does she make up her mind that Robert shouldn’t be helping her anymore or is it something else?

Meanwhile, Sam McCall (Kelly Monaco) and Dante Falconeri (Dominic Zamprogna) try to make their way to Crete but find that they are thwarted along the way.

Jason Morgan (Steve Burton) gets pulled into the Crete storyline as he’s agreed to help Britt Westbourne (Kelly Thiebaud) find Liesl Obrecht (Kathleen Gati) and he needs Spinelli’s help, of course. Spinelli is able to give Jason confirmation of his suspicions. Will this also lead Jason to find his twin brother — and away from the Carly (Laura Wright) mess?

Over at The Savoy, Curtis Ashford (Donnell Turner) and Portia Robinson (Brook Kerr) bond more, and Curtis opens up to Portia about things from his past that she might not know. Will she be surprised by them? Is it time for Curtis to mention his time as a cocaine addict? And is it time for Portia to mention that Curtis might be Trina’s (Sydney Mikayla) father? Stay tuned to General Hospital weekdays to see how these stories play out.