Kelly Ripa Adds To Her Family 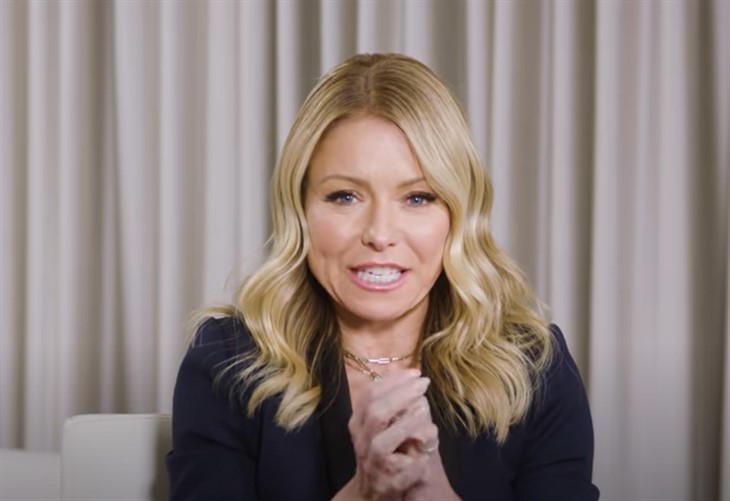 .All My Children’s Kelly Ripa and husband Mark Consuelos have made a furry addition to their family.  Ripa’s latest dog, a black Maltese/Shih Tzu mix named Lena, joins her other rescue pooh Chewie. She shared the exciting announcement with Ryan Seacrest on Tuesday’s Live with Kelly and Ryan.

“The Consueloses have made a decision to adopt Lena,” Ripa, 50, told her co-host Ryan, 46, amidst cheers and applause from the audience.

During the Live show, pictures of the cute little black dog were shown. The very first one was Kelly carrying Lena, and the second one was Lena standing next to a weight that Kelly jokingly called, “her three pound weight.” But Ryan obviously was more interested in knowing if the little addition to the family got along with the family’s dog, Chewie.

Kelly quickly replied that they do get along, also adding that Andrea Arden , her dog trainer, is “just one of the greatest…” she seemed to be thinking of what next to say and Ryan helped her out with, “thing on the show?” She laughed and admitted that it was so.

She further continued talking about her marvelous dog trainer, who she says has also worked with her friends’ dogs, “and she is just super smart. I always, uh, I always like to tease, cause she’s single and I always say she’s up for adoption too.” Turning to the audience, she says, “And by the way, she gets a lot of offers you should know, so let’s not worry about Andrea, who on this show I refer to as Andre-a.”

Kelly admitted that Andrea came over and basically trained her. Talking about her choice to name the dog Lena, she admitted that she didn’t want to radically change the dog’s name, which used to be Angelina, so they went with Lena. She said that she really liked the name Lena, but that her kids, Michael, 23, Lola, 19, and Joaquin, 18, were up for the name Leia, as in Princess Leia, so that it can be Chewie and Leia.

Ryan agreed and said that she should be the one to name the dog because her kids were going to be moving out, and she would be the one with Lena for most of Lena’s life.

All My Children Star Mom To Lena and Chewie

When asked where Lena is sleeping, she says that Lena sleeps in her crate and that last night she was crying, she also wonderfully admits that she’d spent the last two nights in the Pen with her, a thing that she says Andrea disapproves.

She said that she snuck downstairs to check on Lena after she went completely silent, and found Chewie outside her crate and they were touching their noses together. She then went away to get a phone to take a pic, but they were done being cute by the time she returned.

Kelly Ripa said she was happy seeing it happen, because her whole fear was that Chewie might feel replaced, so they always made sure to give Chewie the first attention and then Lena Leia gets second attention, which I guess makes everybody happy.

The Bold and The Beautiful Spoilers: Hope Logan And Liam Split?