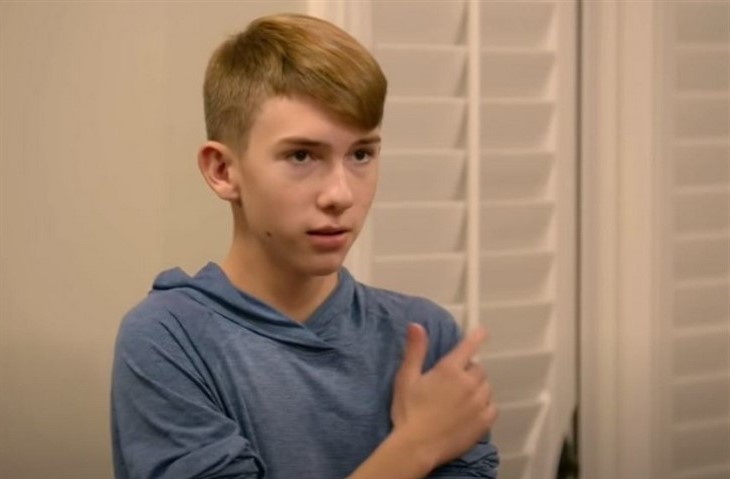 Chrisley Knows Best star Grayson Chrisley transformed from being a little boy on the USA Network, into a young man. In fact, fans think that he grows into a very handsome guy. These days they see him adjusting to young adulthood, and he hits a lot of milestones. Unfortunately, the younger brother of Savannah and Chase also found that growing up brings its own problems.

USA Network fans once saw that Grayson was a skinny little kid with a huge smile. Well, he became a young teenager and grew tall and lanky. His first love in life was playing baseball. Often, his dad Todd shared photos of him dressed up and playing the game. Then, in 2021, his big milestones started happening. Notably, he finally lost his braces, which opened up a new diet. Not one his dad approved of, his youngest son cheerfully took to eating some astonishing food combinations.

Chrisley Knows Best fans also saw that Grayson started learning to drive. That sort of thing always makes fans feel old. After all, it feels like just yesterday, that he learned to ride his bike. Then, more recently, fans saw that Todd shared a photo of his son going to his first Homecoming. One fan commented on Instagram, “How is this possible he was just a baby.” Well, driving, and Homecoming, and eating whatever you feel like are all the fun things about growing up. However, as every adult knows, there’s a downside.

Chrisley USA shared a clip from the show on October 14. In it, Grayson and Chase sat together and chatted. You see, in the show, Grayson moans about his summer job. Hollywood Life reminds fans that he works hard. Meanwhile, in a teaser, Chase said, “I love seeing Grayson go through the ole Chrisley rite of passage where dad gets you a summer job and teaches you the value of hard work.” So, while he likes earning money, he misses out on fun times with his friends.

The young Chrisley Knows Best star can’t hang with his friends at the pool. So, he hates it they play while he works. He also feels it’s unfair that now he earns money he doesn’t find the time to spend it. Well, Chase told him that it’s all just art if growing up. In fact, he said, “Welcome to being an adult. It doesn’t get any better.” 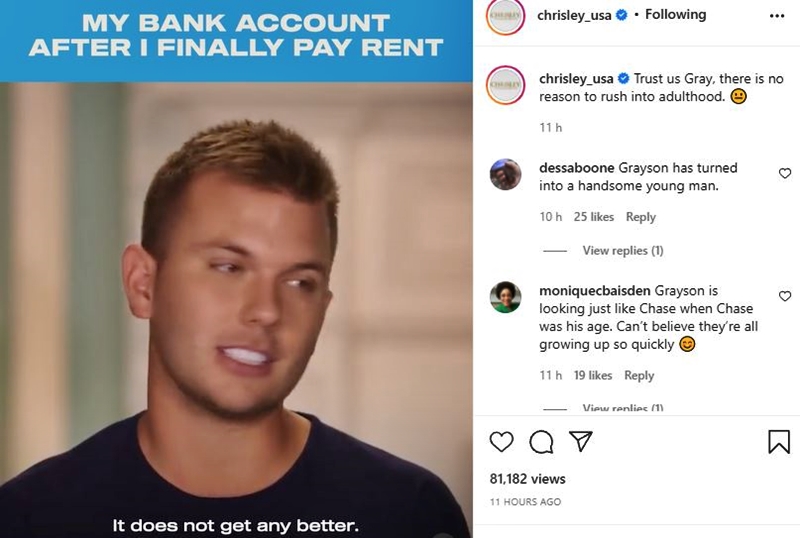 Hard work and money don’t come easily for many people. And, for a lot of them, they never get it to spend much on themselves either. By the time the rent and insurance and other bills are met, pockets empty pretty fast.

USA Network Fans Comment On The Downside Of Growing Up

Some fans of Grayson Chrisley commented on how much he looks like Chase these days. However, others agreed that adulting never gets any easier. One fan wrote, “That is no lie.” Then another one commented, “Well [Chase] isn’t lying.“

Be sure to catch up on everything happening on the USA Network right now. Come back here often for more Chrisley Knows Best and Growing Up Chrisley spoilers, news, and updates.