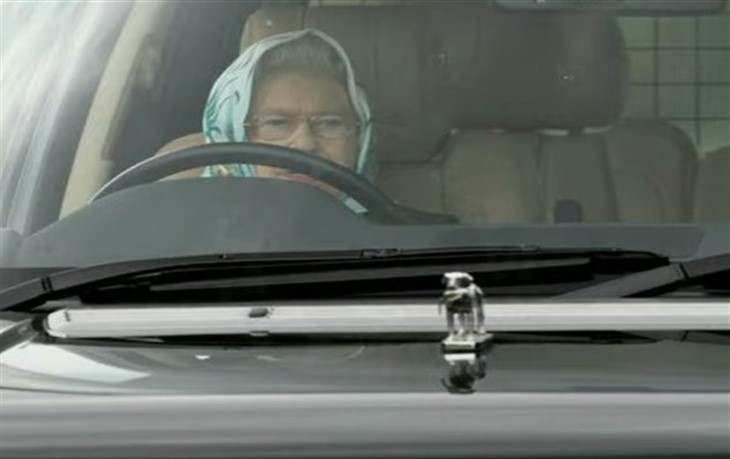 It is not very often that the sight of a 95-year-old woman driving would bring a sense of relief, but the recent sighting of Queen Elizabeth II driving her car around the Windsor estate has been a positive sight. She looked delightful, wearing a headscarf, and her trusty sunglasses, as she spun around the estate grounds.

Seeing her look so lively has given a lot of royal watchers a sense of great relief. This is after a tumultuous two weeks of reports that the Queen of England has had some health issues.

For Queen Elizabeth II, the past few months have been a health challenge. Just last month, the Queen had to cancel a highly anticipated trip to Northern Ireland. Instead, she went to King Edward V hospital in London. This was discovered at a late stage, making people more alarmed about the Monarch’s health.

According to CNN, she spent an entire night there, resting and being cared for. Part of that care was “preliminary” tests to check on her vitals and overall health. Moreover, Buckingham Palace insisted that this was “not Covid-related.” However, they did not explain what was ailing her. Instead, they advised her, as well as the public that she was limited to “light duties” around Windsor Palace. That means no ribbon-cutting or in-person visits.

By Friday, there was an official statement on the Queen’s health. They continued with her need for rest. “Her Majesty’s doctors have advised that she should continue to rest for at least the next two weeks.” Om addition, they shared what the doctors will allow. “The doctors have advised that Her Majesty can continue to undertake light, desk-based duties during this time, including some virtual audiences, but not to undertake any official visits.”

This information meant that the Queen would not be attending the United Nations Climate change summit COP26, in Glasgow, Scotland. Instead, Prince Charles, Camilla, the Duchess of Cornwall, and the Cambridges, William and Kate, would be participating in her place.

The Queen of England is not your ordinary great-grandmother. In addition to her full-time royal duties, she has remained very active. Queen Elizabeth has been a lifelong horsewoman, that is until September. The last time she rode was when she was at Balmoral in the late summer.

However, when she rode, the Monarch experienced some discomfort. This led the royal physicians to advise that she not ride for a while. Therefore, she has not ridden since.

In addition, the royal doctors have controlled her cocktails. The Queen normally enjoyed some sweet wine at dinner, and perhaps a libation or two in the evening. Unfortunately, the doctors have asked her to discontinue drinking altogether.

Thus, seeing her drive seems to be the most normal Queen Elizabeth has been in quite some time.

EastEnders Spoilers: Stacey Searches For Eve – Will She Find Her In Time?