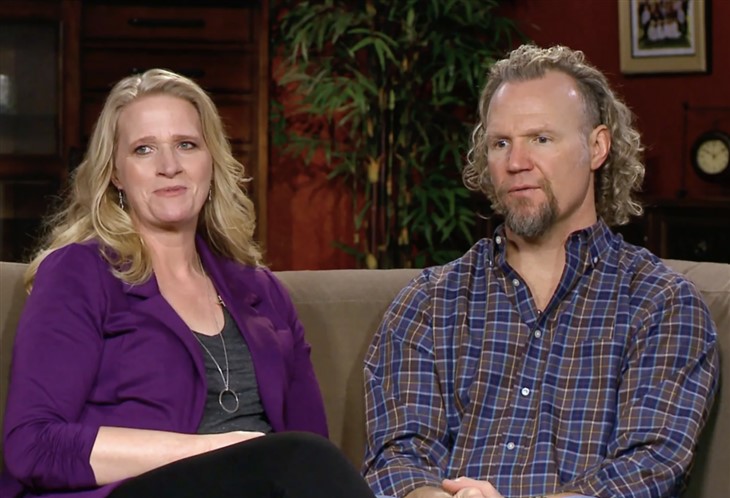 Sister Wives fans speculated since the end of Season 15 that Christine might leave Kody Brown. In fact, a lot of people were surprised to see that TLC renewed the show for Season 16. Now that Kody and Christine Brown confirmed she left him after 25 years of marriage, is that the end of the road? Is there a story to tell in Season 17? While fans send in their congratulations to Christine if this means the end of the show, will they still celebrate? Is there anyone else who could replace the Brown family?

It’s been entertaining for fans to speculate that Christine finally left Kody Brown. It started in Season 15 when she told Meri that she couldn’t do marriage with Kody anymore. In fact, cracks started to show when they first relocated to Flagstaff. Of all the women, she was the most reluctant to relocate. Since then, Kody signed over her house in Flagstaff to her. Listed, it quickly got a buyer. Katie Joy of Without A Crystal Ball on YouTube broked the news that apparently, Kody’s third wife moved into a duplex in Utah against the mortgage deed of her Arizona house sale.

Fans of Sister Wives predicted that the women would leave. However, the fact that Christine officially announced they separated before Meri is a big surprise. Initial predictions came soon after Robyn married Kody. Clearly, she was his immediate favorite and remains that way. In fact, fans believe that she’s the master-manipulator in the family, Of course, Kody hates the idea. However, in The Season 16 trailer, he grew very snappy with her as she came over a bit too bossy for his liking. But now the rumored cracks split wide open, might that mean the end of the long-running show?

Sister Wives News – Official Split Celebrated But What About The Show?

With Christine Brown gone, and rumors that Janelle also wants out, is this where the show finally stops? Despite hating Kody and being mind-boggled by the polygamous wives, they are immensely popular with fans. While everyone celebrates, what if this really nails the show to the tombstone? Is there another family to take their place? Well, there actually is. During Seeking Sister Wife, a lot of folks thought the Winder family was so authentic that they might get their own show. Nevertheless, that’s purely speculation. 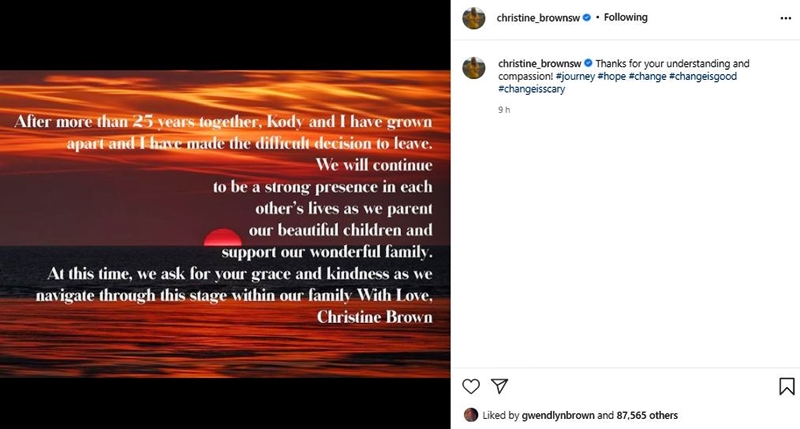 Without Christine, and with Meri hanging around the fringes of the family, what new stories could Sister Wives possibly bring? Last season, TLC fans saw that Kody and Robyn talked about more babies. Potentially, fans could see them raise a massive brood of kids. But who would want to watch that? Would you? Alternatively, the show could focus more on the adult kids like Maddie Brown Brush. However, it’s the drama that keeps fans coming back for more, and plenty of TLC shows already feature grown adults and cutesy kids.

Sister Wives News  – What Are Your Thoughts?

TLC has not yet made any official statement about Kody and the Sister Wives now ex-wife, Christine Brown. What do you think? Has the show run its course and finally ends? Or would you like to see it shift over to the Winder family? What about a spinoff that covers the grown kids, or Meri, or just the wives in the family? Would you watch any of that? Sound off your thoughts in the comments below.