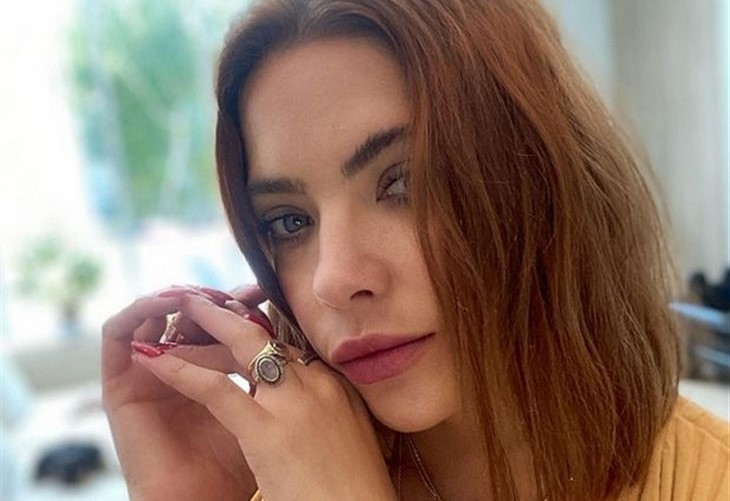 SEE AM FOR PIC Having made her career using her sexiness to her advantage, it should come as no surprise to fans that, after Pretty Little Liars was canceled, Ashley Benson would use her sex symbol status to her advantage for upcoming projects.

To that end, she bares all in a striking Instagram shot of a sudsy Ashley Benson in the bathtub and appears to be promoting her upcoming slasher film – fans seem excited about it. Though her next project is a slasher film titled,18 & Over, she certainly adds some sexiness to the genre with purple hair and a body covered in wet suds. It should definitely leave fans wondering and anticipating what could be around the corner.

This upcoming movie is a horror/slasher film, directed by Jimmy Giannopolous. According to TV Shows Ace.. It’s adapted from a screenplay written by Diomedes Raul Bermudez. However, other than some scant details, little is known. We do know that this particular horror movie is set during a pandemic quarantine and will lead to a night of terror for those involved.

Known for the popular rap song No Limit, G Eazy is getting himself into the movie industry by producing the film score for 18 & Over. The film marks Jimmy Giannopolous’ second movie following The Birthday Cake, a thriller that, not surprisingly, also stars Ashley Benson and revolves around the mob in Brooklyn.

Yes. That’s right. Ashley’s not just the start of the sexy horror flick, she’s also a producer. Plus, she says the slasher film was inspired by the pandemic.

From the caption of the image, fans can deduce that Ashley Benson’s character in the film will be called “Vicky.” There is a knife emoji next to the caption so, I leave it to you to figure out whether she’s to be the slasher or the slashee.

The film’s sexiness can only get better from there with appearances from slinky veteran stars like Pamela Anderson and Paris Hilton as well as Jamaican model, Winny Harlow. 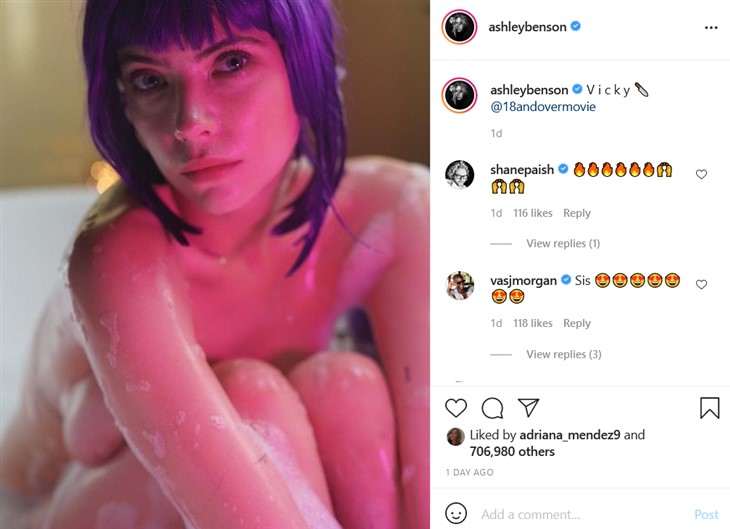 It is becoming increasingly clear that Ashley Benson is using her Pretty Little Liars fame as a springboard for what is starting to look like it could be a prolific career.

She has had help from another up-and-coming actress, Elizabeth Moss, the star of Hulu’s Handmaid’s Tale. The two perform together in the 2018 Toronto International Film Festival drama, Her Smell which also features stars Amber Heard and Virginia Madsen.

Remember to check back with us often for more news and updates about the cast of Pretty Little Liars.