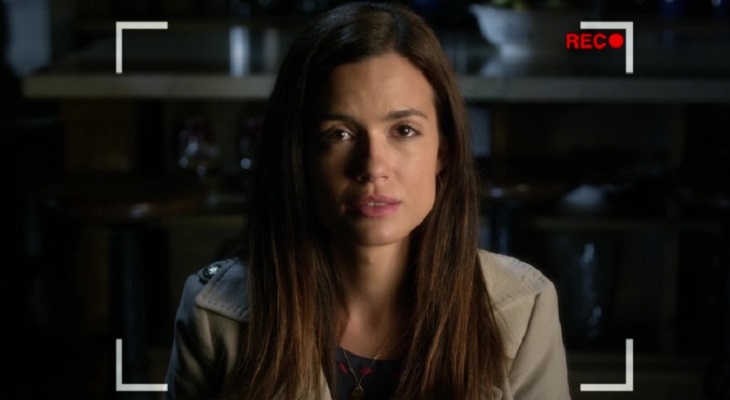 It looks like a character will be returning to Pretty Little Liars for the final season. Someone from Spencer’s (Troian Bellisario) life will be coming back to Rosewood and it may not be a good thing. Spencer’s sister, Melissa (Torrey DeVitto) will be back on the show and possibly be a thorn in Spencer’s side.

As ‘Pretty Little Liars’ fans know, the sisters haven’t always had the best relationship during the years. It’s possible that they will be at odds once again when she returns to town. DeVitto will be returning to the series for the last episodes before it goes off the air.

Spencer was suspicious of whether Melissa was involved in Charlotte’s (Vanessa Ray) murder so that will be an issue between the sisters. Spencer wasn’t sure if Melissa was guilty of killing Charlotte. Since Spencer likes to investigate things, she will most likely investigate whether her sister was the one who killed Charlotte. If she finds the proof that Melissa is guilty, will that cause a bigger rift between the sisters?

The last time Melissa was seen on the show, she was a suspect in Charlotte’s murder. She left town because she was getting threatened by AD and didn’t want to be the next victim on AD’s list. The killer wants to go after the person/people responsible for Charlotte’s death. It is possible that Melissa left town to protect herself from AD or is she AD after all? There are rumors that Melissa is the one who was behind everything all along.

In addition to Melissa returning to the show, her former boyfriend, Wren (Julian Morris) will be back for the last season. His return will affect the outcome of the show. He is involved in the twists that are expected during the final season. Melissa and Wren ended things because he found out about her past thanks to Charlotte. He found out that she buried Bethany alive when she thought she got rid of Alison (Sasha Pieterse). This gives Melissa a motive to kill Charlotte since she was part of the reason why she lost her boyfriend. Again, is Melissa AD after all and she’s back to get revenge on Spencer as well as everyone else in Rosewood?

‘General Hospital’ Spoilers: Ava Receives A Chilling Message – Who Is Gunning For The Mobstress?

‘The Young and the Restless’ Spoilers Monday October 24: Nick Suspects Sharon Has a Secret – Phyllis Hears Jack’s Next Plot – Chloe and Kevin Heat Things Up