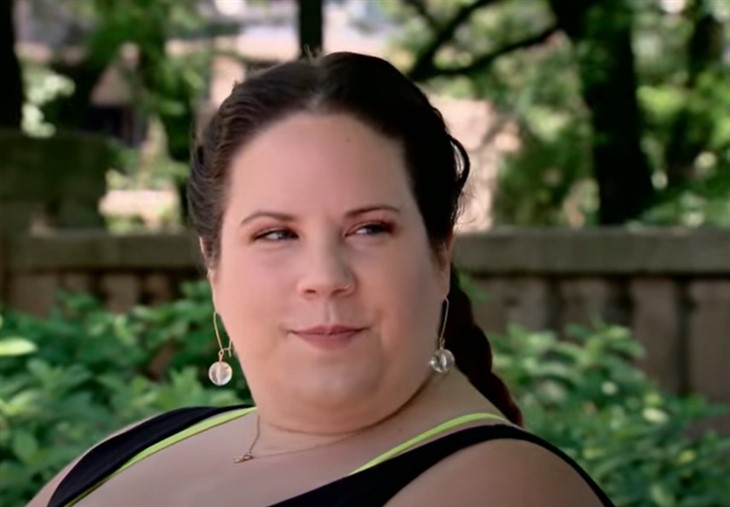 My Big Fat Fabulous Life spoilers reveal that Whitney Way Thore has started to share more about the firing of Ashley Baynes from her company, No BS Active. There have been plenty of rumors going around about what happened with the women, but no one has really heard the truth from Whitney. It seems that now she is ready to talk more about what happened to Ashely and the relationship they had.

There have been plenty of rumors going around about the firing of Ashley and where No BS Active is going now. The new app has shown a lot of changes and one of them is leaving Ashely behind. Whitney has gotten tired of the rumors and she just wanted to set the record straight to her followers.

Whitney’s business does focus on allowing people to love their bodies no matter what and with no body shaming. She had been keeping a major secret from her friend, Ashley and that secret was that she would lose her job once the app was launched.

On the newest episode of My Big Fat Fabulous Life, Whitney broke the news to Ashley. She had never heard of the app and was pretty scared when Whitney dropped the bomb on her. Whitney told Ashley that she was going to sign an agreement with a company to make the app. This meant that Ashley would no longer be needed for the administrative tasks that she did for No BS Active. This was a bit of a blow to her because she would be out of a job when this happened.

Ashley told her, “So you don’t need me anymore. I think I should wait to talk to you about this because I need to calm down just a little bit.” That is when we saw Ashley talking to cameras about how Whitney is not being honest with her and feels like it is unfair of her to take her job away in the middle of a pandemic. Whitney felt that viewers didn’t know the whole story.

Whitney shared with her fans about what was going on through her Instagram account. She said, “What the show neglected to show is that Ashley has had a full-time job since before she began working on No BS Active admin on the side, and she still has the same job almost a year later- she did not lose her livelihood; she lost a couple hundred extra bucks a month.”