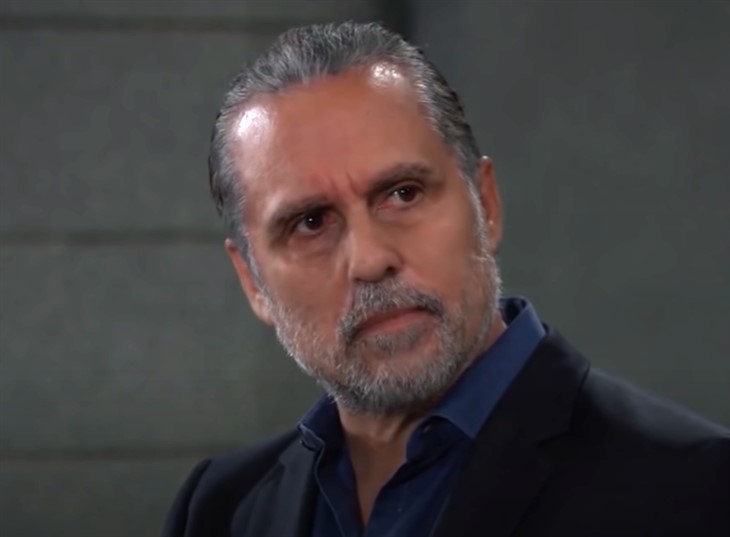 In a recent General Hospital episode, Sonny nearly beat up – or had his goons beat up – Nikolas Cassadine (Marcus Coloma) over nothing! Esme Prince, (Avery Kristen Pohl) had approached him at General Hospital and told him she overheard Nikolas making plans with Ava Jerome Cassadine (Maura West) to flee the country with Avery Corinthos-Jerome (Ava and Grace Scarola)!

This angered Sonny and he called some of his goons and went to Wyndemere Castle to hunt Nikolas down and give him a lesson he’d never forget! Esme is a very convincing liar, and Sonny had bought her story lock, stock and barrel!

GH recaps reveal when Sonny and his goons arrived, only Spencer, Trina Robinson (Sydney Mikayla) and Cameron Webber (William Lipton) were there. Josslyn Jacks (Eden McCoy) who was also in on the plan was at General Hospital, where she had spotted Esme with Sonny and took a photo, which she sent to Trina.

The teens had set up a plot to make Spencer and Esme confess to stalking Nikolas and Ava to break them up. Nikolas came home and the sight of Sonny’s goons starting to take his father out scared Spencer into confessing! He also confessed Esme set Ava’s car on fire! Sonny gave Spencer a tongue lashing and said he’d deal with him later!

General Hospital Spoilers And Rumors – Sonny Corinthos Has No Rights Where Esme Prince Is Concerned, But He Can Handle Spencer Cassadine As His Uncle

Longtime General Hospital viewers will remember that Sonny is Spencer’s maternal uncle through his late sister Courtney Matthews (Alicia Leigh Willis) and Nikolas. Courtney died giving birth to Spencer, but Spencer frequently used to see her ghost in times of trouble. It sounds like Courtney needs to make a visit with a bit less of a gentle hand, but this time Sonny is going to discipline Spencer!

Sonny has no rights where Esme is concerned, but General Hospital spoilers show he’ll put eyes on her twenty-four seven! Spencer and Esme will both find themselves without a place to live nor means of support soon, but Sonny likely won’t take Esme in as a houseguest, although he might take responsibility for Spencer. Chances are, Esme has some money or she couldn’t have travelled from France to Port Charles on her own. If she’s on Spencer’s accounts, then she’ll have some problems as well because Nikolas cancels them!

Sonny was already very upset with Spencer for planting that teddy bear with Ryan Chamberlain’s (Jon Lindstrom) voice for Avery to find, so Sonny may not even house his errant nephew. Sonny won’t trust Esme around the children in the Corinthos compound, but he might loan them out a safe house – and put them to work that will be real work in the Corinthos coffee warehouse!

General Hospital spoilers tease Spencer’s never done manual labor in his life, and Sonny may still not trust Esme enough to put her to work in that way either. Esme might be on her own, but she’s applied for a job at Spring Ridge so that might give her a means of support. She claims to be studying at Port Charles University, so she should be able to live in the dorm! Sonny decides the best way to humble the entitled, homie-dissing Spencer is to put him to work at manual labor and make him earn his keep in that safe house!