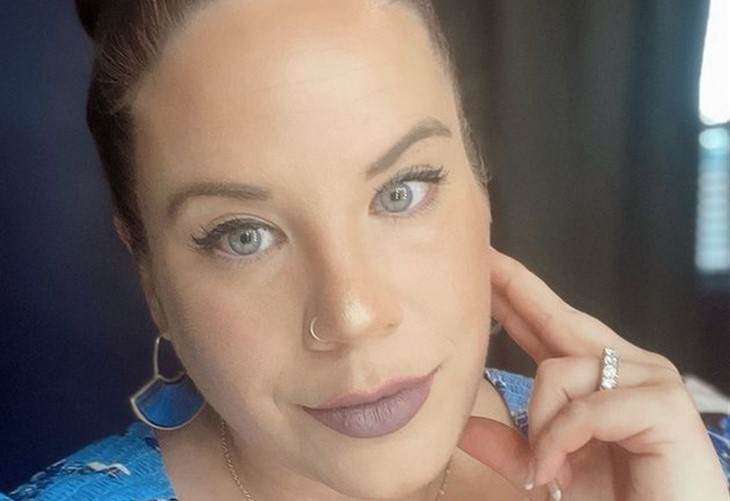 In a and exclusive My Big Fat Fabulous Life preview, we see Whitney Way Thore with her mom getting lip injections.

Of course, according to Whitney, her lips are fine, but she thinks that at 75, her mom’s lips may need work.

She admits in the exclusive preview for the October 12 episode of the show that her upper lip is getting thinner saying that, if her mom won’t get tattoos with her then “we can at least plump our lips up.”

Whitney reiterates that she’s about to meet her mysterious French boyfriend, in person for the first time and that he doesn’t know she’s getting lip fillers.

They’ve never kissed either, so, she may have some consternation about that as the lips she is paying for will not be there long.

When the My Big Fat Fabulous Life star keeps getting more injections on top of the initial injections, her mom is shocked, saying, “I thought I had raised you better than this.”

Her mom was more than a little shocked at Whitney getting more and more injections, saying, “I can’t believe how Whitney keeps pumpin [sic] herself up with more and more filler.”

Her mom continues speaking to the cameras, saying, “I don’t know why they don’t just take some fat from one place and put it in her lips.”

Whitney’s response as her mom keeps gasping is simply, What mom?! You gotta [sic] live while you’re alive.”

The My Big Fat Fabulous Life star’s mom chuckled, saying, “Really? I don’t believe I’ve ever heard of that one before.”

Whitney admits that she has a difficult time stopping.

Even when she gets her hair cut Thore tells the cameras, ‘I’m always like ‘Yeah, cut some more, cut some more!’ and then I’m bald.”

When the injections are finished, Whitney seems to approve calling them beautiful and, though still flabbergasted, her mother agrees, saying, “I think they are too.”

Whitney says she loves the new filler, adding that she thinks her lips look juicy and beautiful and she hopes that everyone else thinks they’re as beautiful as she does.

She adds, cautiously with a smirk, that she honestly hopes she’s not the only one appreciating them which was probably a hint for her new boyfriend.

What do you think about Whitney getting lip injections? Do you think she took it too far? Think the Frenchman will dig them? Leave a comment and let us know your take.

Fans of My Big Fat Fabulous Life, and Whitney’s extravagant ways, can catch new episodes on Tuesdays at 8 PM Central on TLC.