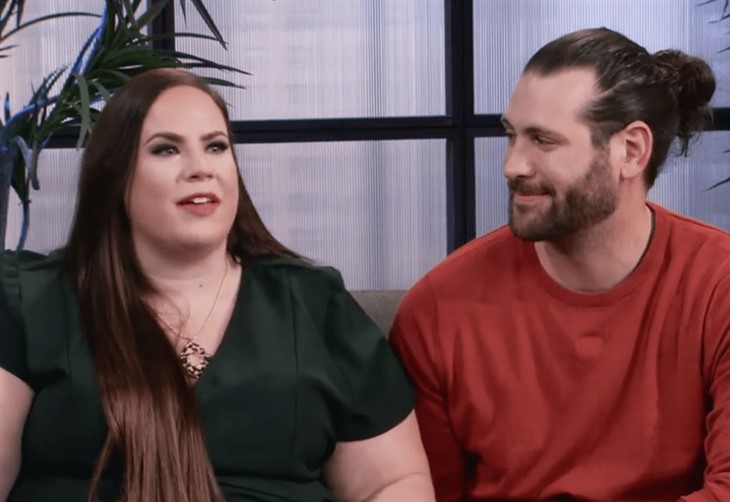 My Big Fat Fabulous Life Spoilers indicate that Chase Severino has called Whitney Way Thore to meet him for a drink to tell her about his engagement. Is Chase torturing Whitney or still hung up on her?

My Big Fat Fabulous Life’s Chase contacts Whitney about everything new going on in his life. Chase contacted Whitney when his new girlfriend got pregnant. Of course, Whitney had every right to know this consider they were still engaged at the time. Chase and Whitney broke things off and that should have been the end.

However, Chase has continued to reach out to Whitney throughout his new relationship. Chase called Whitney to let her know he was renewing his relationship with his ex for their child. Chase contacted Whitney when his child was born. The ironic thing is that before Chase proposed to Whitney, he claimed not to know if he wanted kids.

Recently, My Big Fat Fabulous Life’s Chase contacted Whitney to go out for a drink. Whitney was shocked by his call and had no idea why Chase wanted to meet. However, Whitney went along with Chase and met him at a brewery, the same type of establishment where they had their first date. Once they, Whitney decided to tell Chase about her fertility treatments and impending egg retrieval. Chase then proceeds to tell Whitney that he proposed to his girlfriend. Unfortunately, the proposal was very close to mimicking Chase’s proposal to Whitney. Perhaps Whitney appreciated hearing the news from him. However, it had to be hurtful that Chase proposed in the exact same way that he did her.

In an interview after Chase’s conversation with Whitney, My Big Fat Fabulous Life’s Chase not only blamed Whitney for cheating on her. Chase also made it clear that he didn’t believe things with the Frenchman would work out either. Chase pointed out that Whitney has no intention of leaving Greensboro, N.C. at all. Whitney’s family is in North Carolina. Whitney’s business is based in N.C. Whitney’s home is in N.C. as well. Chase even questioned if the Frenchman would be willing to relocate to North Carolina because he would be leaving Paris France to get there. Then again, Chase may have a point, who would leave a place as beautiful as Paris to come to the states?

Chase may want to tell Whitney Way Thore about the things going on in his life in person. However, Chase seems to be almost releasing himself from any blame for his failed relationship with Whitney. Chase also seems to be rubbing Whitney’s face in his success in a relationship. Is Chase secretly still hung up on Whitney or does he simply enjoy showing her what he has without her in his life? Does Chase simply enjoy torturing her?

B&B Spoilers: Sheila And Deacon Play Trick Or Treat On Hope And Steffy