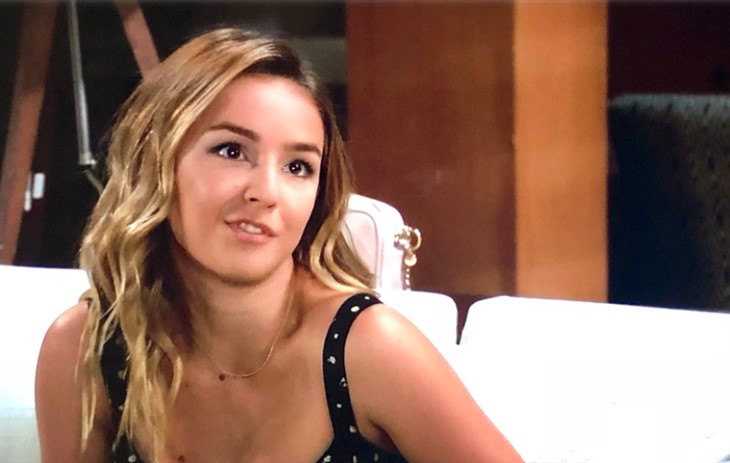 General Hospital spoilers indicate that Kristina Corinthos (Lexi Ainsworth) will return this week after receiving a special request from Ava Jerome (Maura West). Will Ava turn Charlie’s over to Kristina?

General Hospital spoilers show Julian Jerome (ex-William deVry) loved his bar Charlie’s. Julian had used the bar to build a new life for himself and he had some very good times there. Julian was very happy in his relationship with Kim Nero when he lived at Charlie’s. Ava would love to keep the bar open in her brother’s memory but she knows she needs to leave town to be safe from her stalker.

However, Ava knows one person who loved the bar as much as Julian and may call her to keep the bar going in his honor. After all, Julian was Kristina’s stepfather and gave her a job when she needed it the most. Ava feels that Kristina is loyal enough to make a success out of Charlie’s in her absence. Will Kristina agree?

General Hospital recaps reveal Kristina was very close to Sonny Corinthos (Maurice Benard) as well. Kristina needs something to help her deal with her father’s death and running Charlie’s could be just that. However, Kristina is about to be surprised by her father’s return when he arrives from Nixon Falls.

Kristina still needs something that she likes for work to keep her motivated while her mother is in prison. Kristina is very comfortable in the bar scene and would have no trouble running Charlie’s at all. Could Ava give Kristina the business on GH since she loves it so much?

General Hospital Spoilers – Kristina Corinthos Is In For A Surprise

General Hospital’s Kristina may be in for the shock of her life. Sonny Corinthos (Maurice Benard) has recently gotten his memory back and is on his way home. Sonny has been working as a bartender for months and could certainly give Kristina some good advice. Will Kristina be glad to have her father’s help now that he’s home? Could Sonny purchase Charlie’s from Ava for Kristina?

General Hospital rumors hint Sonny may even want to work with Kristina if he doesn’t go back into the mob. This would be a great bonding experience for Sonny and Kristina. After all, Sonny tried to buy the bar from Julian several years ago. Sonny could certainly lend a hand with the food as well making Charlie’s meal much more interesting.

Sonny could help Kristina so much if she would allow him to do so. Will Kristina accept Sonny’s help and guidance? Would Sonny accept Kristina running the bar after chasing Julian is what almost got him killed? Could Ava want something else with Kristina?