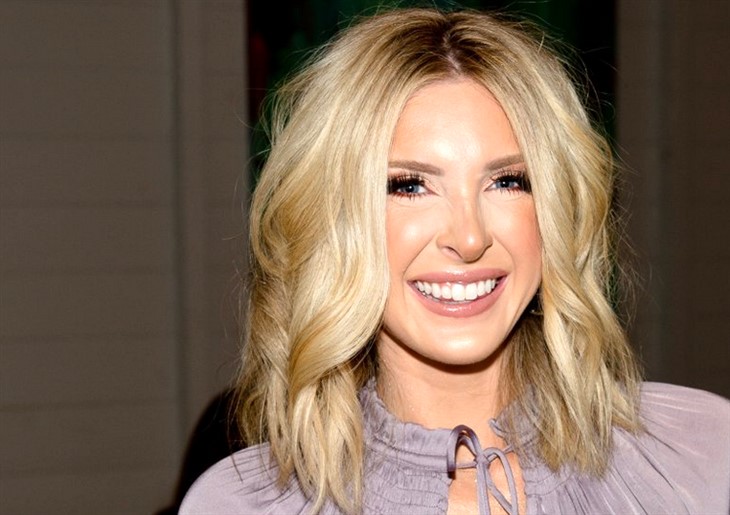 Lindsie Chrisley filed for divorce from Will Cambell and t looks like it wasn’t an easy decision for the Chrisley Knows Best alum. After all, they previously separated and then later reconciled. Also, they raise their son, nine-year-old Jackson. This week, she chatted with fans about it in an Instagram Q&A. In it, she mentioned the difficult decisions and she also opened up about the possibility of more kids.

Lindsie Chrisley Gets Candid About Her Divorce

The news that Will and Todd Chrisley’s daughter split came directly from her. Fans felt that seemed like a shame. After all, when they first married, they actually eloped. That probably did nothing for Todd’s toxic relationship with his estranged daughter. It also seemed that Todd heard about the divorce this time the same way her fans did. These days, they hardly ever talk as she feels their relationship’s beyond salvaging. Actually, she wishes he would just move in and let her be. Actually, she believes that she can never reconcile with the family so he should respect her desire for him to leave her alone.

When Lindsie Chrisley told her fans that she gets divorced, she mentioned that she and Will intend to co-parent Jackson. Clearly, any impact on Jackson might be uppermost in her mind. After all, when the Chrisley Knows Best patriarch divorced her mom, she probably felt confused and hurt. Savannah, Chloe, and Chase live with Julie as their maternal figure, and possibly Lindsie never felt that she fitted with Todd’s new life. Obviously, she doesn’t want that for her own child.

Taking to her Instagram Stories this week, the Coffee Convos host did a Q&A. Some random bits of information emerged. For instance, she talked about how she was “sick at home for two weeks.” Next, she attended to some “unwanted obligations.” Topping it off, she landed up with “food poisoning from a salad.” Actually, that sounds like a horrible time while she goes through the emotions and various procedures of a divorce. So, she hopes that people who send her texts get why she might not reply instantly.

Lindsie Chrisley also raised the difficulty of making the divorce decision. This time, she used a quote. It read, “It’s okay it be sad after making the right decision.”  A common-enough meme, it originated with Jessie James Decker. and the original said, “It’s okay to be sad if things don’t go the way you had hoped.” Obviously, Todd’s daughter feels unhappy about the divorce but feels it’s for the best. Hopefully, she takes some comfort from the quote.

in her Q&A, she also talked about more children. She really would love to have a sibling for Jackson. However, right now, she focuses “on Jackson and therapy.” Additionally, it’s clearly not the right time for another baby. So she just trusts that it might happen in God’s time. 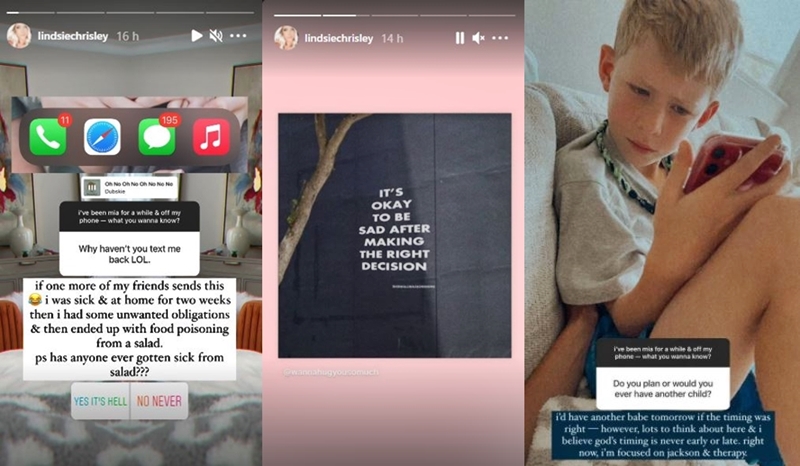 Be sure to catch up on everything happening with Lindsie Chrisley right now. Come back here often for more Chrisley Knows Best spoilers, news, and updates.