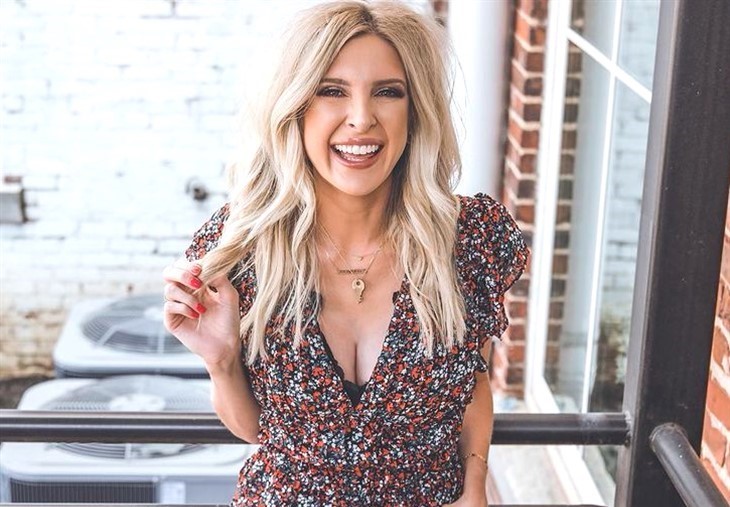 Lindsie Chrisley and her sister Savannah don’t get along. Plus, she and Chase clashed. Recently, she hinted that she blames Julie Chrisley for her poor relationship what her dad. Plus, she and her father have been estranged for years. Now she partnered with ONE CLICK b.EAUTY and launched her own lip kit in direct competition to her sister Savannah’s business. Some of her fans seemed absolutely thrilled for her. Meanwhile, others feel it’s a stab in the back for Savannah.

Lindsie Chrisley And Her Family Don’t Get Along

Many Chrisley Knows Best fans just don’t get why Lindsie won’t forgive her dad Todd for their past clashes. After all, both Todd and Lindsie profess to be Christians and he reached out numerous times to try and reconcile. However, she simply refuses. Well, fans watched the relationship deteriorate a lot when the Georgia tax department investigated Todd for various tax crimes. In fact, Todd accused her of leaking info to them. Later, she accused Chase and her dad of extorting her with a sex tape that didn’t exist.

Recently, news emerged that Todd accused the wrong person, and Lindsie Chrisley was not the leaker. In fact, her brother Kyle did that. Fans expected that Lindsie might sue her dad for libel but she told them she’s not thinking about that. Well, perhaps she has other things on her mind as she announced her own lip kit just days after Savannah expanded her Sassy by Savannah beauty line with a bronzer. So, some critics wonder why she chose a lip kit that directly competes with her younger sister.

On Sunday, July 25, the host of the Coffee Convos podcast took to her Instagram and made her grand announcement about the launch of her lip kit. She said, “It’s officially launching day for my lip kit 👄👄👄.” Then, she said, “many, many months ago an opportunity was presented to me to create my own kit with @oneclickbeautykits ✨.” Well, that’s interesting as many months ago, Savannah launched her own lip kit beauty line. Did she copy Savannah? Or, did Savannah run with her big sister’s idea? Perhaps fans will never know.⁣

Lindsie Chrisley described her lip kit as “a more broke version of Kylie Jenner, but taking up my little portion of real estate in this biz. 😘⁣” Perhaps both of Todd Chrisley’s daughters copycatted Kylie, as so many other reality TV stars already did. On her Instagram, the Chrisley Knows Best alum received an enthusiastic reception, and some people already ordered her lip kits. However, others slammed her for stealing Savannah’s ideas. Mind you, it’s just a lip kit, whereas Savnannh now has a full beauty range that is continually expanding. 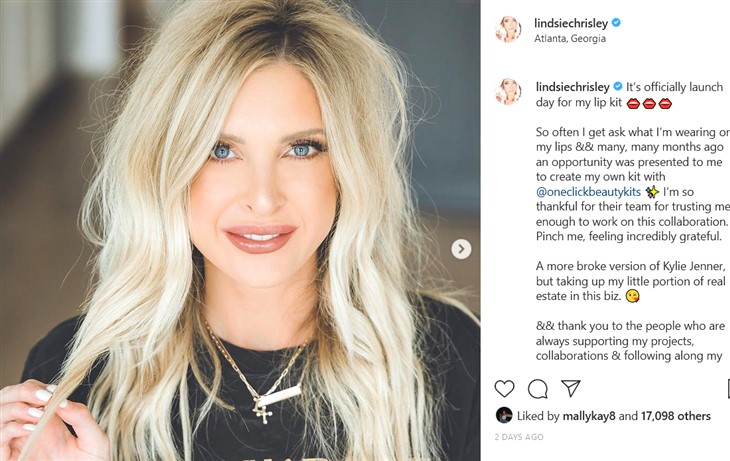 In the comments, fans of Savannah let off some steam. One of them said, ‘Why would you do that to your sister? C’mon.” Then another one asked, “Didn’t Savannah start this first. Why not colab with her?” Another comment arrived: “Doesn’t your sister also have a make-up line, show her some support.“

Remember to check back with us often for more news about the cast of Chrisley Knows Best on the USA Network.