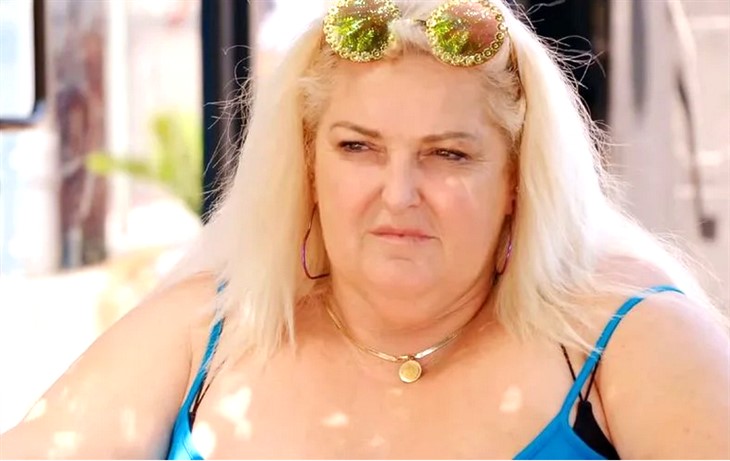 There’s no stopping Angela Deem from looking ravishing. The 90 Day Fiance alum continues to put a lot of effort into improving her looks, including cosmetic and weight loss procedures.

Angela Deem has always been eager to change up her look for the better. The 90 Day Fiance star went to great lengths just to achieve her ideal appearance.

Angela has undergone five major surgeries, all on the same day. This is despite the opposition of her husband, Michael Ilesanmi. The outspoken reality star is dead set on getting it done, regardless of the risks.

The 90 Day Fiance star took a big step to transform herself physically. She lost a hundred pounds by doing gastric sleeve surgery, which her husband is not happy about.

Michael Ilesanmi is not pleased about Angela’s decision to change her appearance. The Nigerian native said he loves everything about his wife, curves and all. But that doesn’t stop Angela from pushing through with her procedures.

Angela Deem’s surgeries include liposuction and breast reduction. The 90 Day Fiance celeb also had weight loss surgery. Angela also enhanced her looks with lip fillers to make her lips poutier and botox to get rid of wrinkles on her forehead.

But not everyone’s a fan of the 90 Day Fiance star’s latest look. Apparently, some think she looks way older after the procedures, especially with all the loose skin on her face and body. Some even mocked her hair for being too frizzy and unhealthy-looking.

Still, Angela Deem doesn’t seem bothered by the criticism as she continues to flaunt her body confidently. It also doesn’t look like she’s slowing down on getting procedures done. It wouldn’t be surprising to see her get more botox soon to touch up her face.

Meanwhile, Angela Deem can’t seem to let go of her bad habits despite the doctors’ warnings. The 90 Day Fiance star has been smoking for 43 years and finds it hard to quit.

Her doctors cautioned her to stop smoking because it can affect her surgeries, but she was not willing to heed their advice. Angela even blamed Michael, saying he’s one of the reasons why she smokes a pack of cigarettes a day.

Whatever the reason is, Angela should stop before it’s too late.