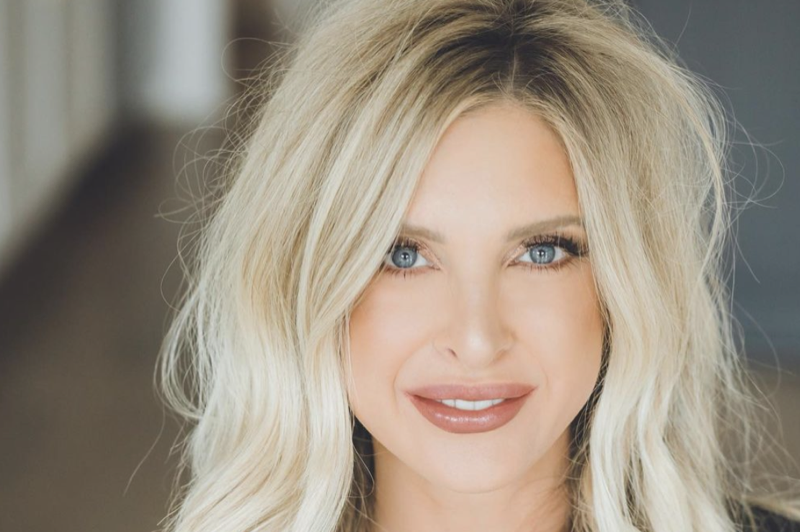 Lindsie Chrisley and her dad Todd have been estranged for a very long time. Todd married Julie, but she’s not the biological mom of Lindsie or her brother Kyle. Meanwhile, her kids, Chase, Savannah, and Grayson are half-siblings of Kyle and his sister. Recently, it came out as if Lindsie blamed Julie for her estrangement. However, she also reportedly claimed that her real dad is not Todd.

Recently, a TikTok shared by the co-host of Coffee Convos suggested that she blamed Julie for her bad relationship with her dad. She shared a video set to music, and she wrote over the top of it, “To the lady who turned my dad into a different man and is the reason why him and I have no relationship.” Well, rumors came out years ago, that she and Julie went through a massive bust-up about little Chloe, who lives in the custody of Todd. Some Chrisley Knows Best fans believe that resulted in Lindsie leaving the USA Network show.

Other issues came to light recently, when fans heard that Todd apparently inaccurately blamed Linsdie Chrisley for leaking info to the tax department. However, it turned out that Kyle leaked it. So, fans wondered if she might sue her dad for libel. However, she claimed that’s not the case. Perhaps, she just hopes to get on with life without staying mired in a hateful spat. Since then, more news came, and apparently, she believes that Todd never sired her.

Lindsie Chrisley Says That Todd Is Not Her Biological Dad

TV Shows Ace reported that allegedly, Lindsie spoke out on her Instagram and claimed Todd isn’t her dad. Well, possibly that’s something her mom said. Who knows, perhaps she went for DNA testing. Whatever made her say it, Todd didn’t bite. Instead, he took to his Crisley Confessions and claimed that regardless, it made no difference to him. He said that she “filled a space in his heart” when she arrived. Additonally, he raised her as his own child. Plus he hoped that she gets along better with her real dad if there is one.

Lindsie Chrisley, even she came from blood other than Todd, was raised as his own in the best way that he knew. Well, that all seemed very understanding and Christian, as he still seems to love his daughter. Todd always said he’s ready to put their differences behind him. Plus he always claims that he still hopes for it. However, it certainly seems like Lindsie moved on from him. Right now, she seems focused on being a mom, and on looking after her own mental health.

Fans thought that Lindsie didn’t really mean what she said. After all, it seems that she carries his features much like Savannah and Chase.

Remember to check back with us often for more news and updates about Lindsie Chrisley and her dad Todd from Chrisley Knows Best on the USA Network.