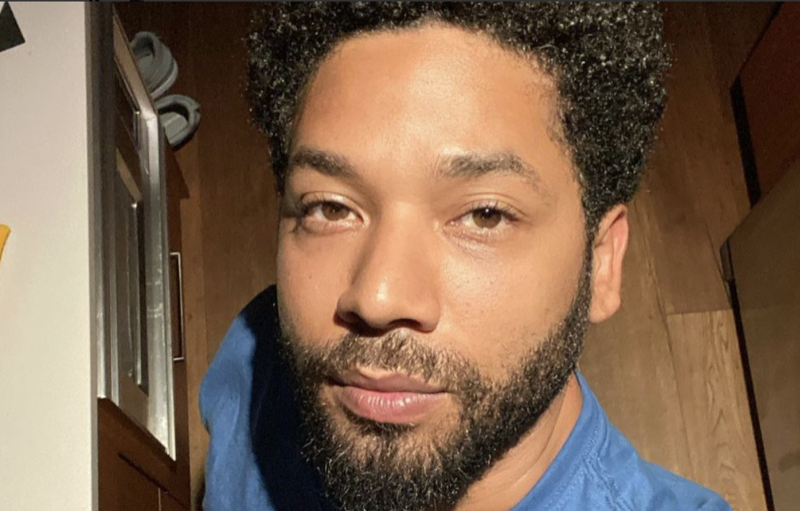 Jussie Smollett’s trial is big news right now and during closing arguments, special prosecutor Dan Webb said the “Empire” actor “monkeyed around” with the noose for a “long, long time.” The actor was accused of six felony counts of hate crime hoax and falsely reporting it to the authorities. Keep reading to get the latest details on the story.

Smollett’s trial began last week. According to CNN, prosecutors told the jury that the “Empire” actor told the Osundairo brothers to commit a racist and anti-gay attack near Smollett’s apartment building. Last week, both of the brothers, along with five police investigators testified in the case.

Back to the Beginning

In January 2019, Smollett called the police and claimed that two men attacked him. The actor claimed that the suspects called him the “n” word, poured bleach on him and put a noose around his neck. Throughout the investigation, it was determined by police that the report was false, which led to Smollett eventually being charged and tried.

Smollett’s defense team had seven witnesses that went on the stand to testify, which included the defendant himself. The actor testified for approximately eight hours on Monday and Tuesday. Smollett claimed that he did not plan any hoax and he was attacked after going out one night to get a sandwich from Subway.

‘Monkeying Around’ with Rope

According to TMZ, Webb said that Smollett kept the noose around his neck for a “long, long time” while waiting for the police to arrive. Webb explained to the jury that the actor “monkeyed around” with the noose, which led to groans from the defendant’s family. This is not the first time that the prosecution has been under fire for its tactics in trying to prove that the racial attack was staged.

Just two days ago, Smollett called out Webb in court for reading his text messages and using the full “n” word. After this, Webb did back off and Smollett was asked to read the text messages himself.

The trial is currently making a decision in the Smollett case. If convicted, the actor could face years in prison. Have you been following the charges against the “Empire” actor? What is your opinion on the Jussie Smollett trial? What do you predict is going to happen and what have been the most shocking moments in the trial as far as you are concerned? Tell us your thoughts in the comment section and remember to come back here for new developments and updated information.

Be sure to catch up on everything happening with Jussie Smollett right now. Come back often for Empire spoilers, news and updates.