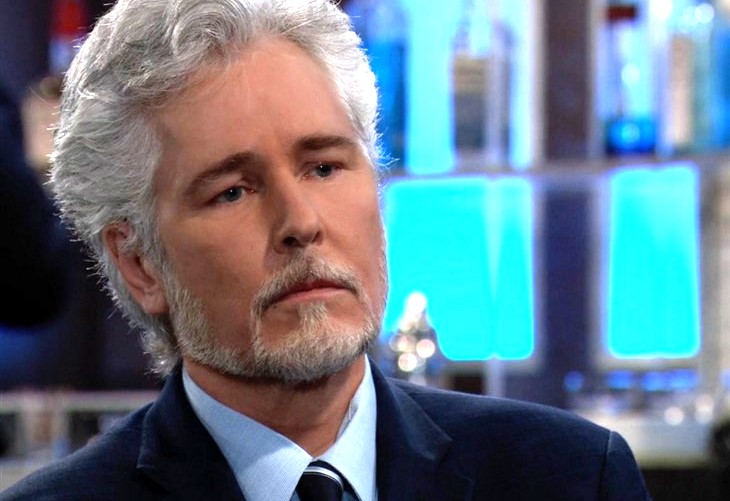 General Hospital spoilers for Wednesday, December 9, 2021, reveal Tad Martin Grey’s life in danger as he’s being strangled with Laura Collins right in the next room.

General Hospital Spoilers – The Murder GH Fans Did NOT Want?

Somehow Peter August (Wes Ramsey) can’t be killed no matter how hard anyone tries, but it looks like Tad Martin Grey (Michael E. Knight) might end up dead as a woman ostensibly working for Cyrus Renault (Jeff Kober) is after him. But is she really working for Cyrus? Would Cyrus really try to have his own brother and sister killed? After all, the hitwoman says Laura (Genie Francis) will be next.

Will Laura be able to save her brother before it’s too late? We know Laura won’t be killed because she’s…well…Laura. But Martin is a peripheral character despite the fact that Michael E. Knight should have been a contract player all along because…well…he’s Michael E. Knight. What will Valentin Cassadine (James Patrick Stuart) do without Marty? He already lost Bailey Louise. This might be too much to take.

Speaking of killing Peter August, it looks like Sonny Corinthos (Maurice Benard) might give it the old college try. He tells Maxie Jones (Kirsten Storms) that getting rid of Peter is a bad idea, but he also makes an arrangement with Maxie.

Clearly, Maxie wants Peter dead because…well…he’s Peter and we all want this character dead as a doornail. Does Sonny actually agree to make that happen?

Mrs. Wu makes an appearance at the hospital on Thursday to see Britt Westbourne (Kelly Thiebaud). Does she ask her to speak on Brad Cooper’s (Parry Shen) behalf at his parole hearing? After all, they are BFFs.

Nina (Cynthia Watros) is not sure what to do about Willow Tait (Katelyn MacMullen), who may or may not tell Michael (Chad Duell) and Carly Corinthos (Laura Wright) all about what happened between her and Sonny in Nixon Falls. Of course, Willow is being all judgey as if she didn’t just have an affair with Michael while being married to Harrison Chase (Josh Swickard).

Nina laments her entire predicament to Liesl Obrecht, who wonders why on Earth Nina is blaming herself for Jason Morgan’s (Steve Burton) death. Liesl was there and knows that Nina had nothing to do with it. She also encourages her niece to make things right. Stay tuned to General Hospital weekdays to see how these stories play out.