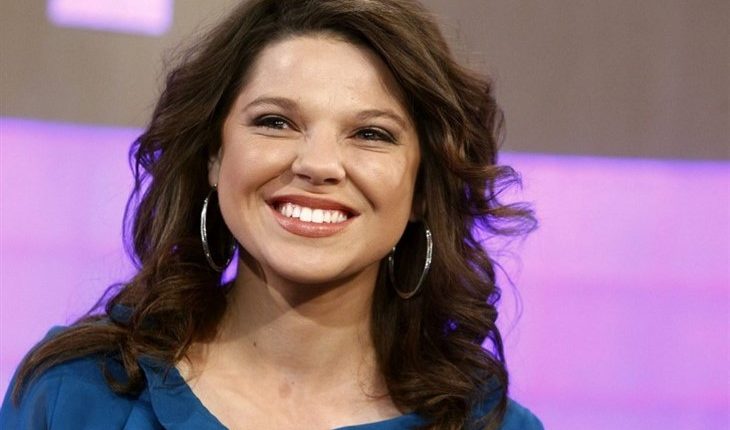 Josh Duggar grinned at the cameras as the former “19 Kids And Counting On” TLC star walked into the courtroom. Described as feeling in “high spirits,” Duggar appeared oblivious of the fact that he stands on trial for numerous child pornography allegations. And several members of the “Counting On” clan seemed to support Jim Bob Duggar and Michelle Duggar’s oldest son.

As Josh’s wife Anna Duggar continues to stand by her man, at least one member of the extended Duggar family has decided to speak out. Amy Duggar, sometimes referred to as the rebel relative, turned to Twitter to slam Josh and those supporting him. And although she kept her statement simple, her social media posts possessed the power to go viral. Find out why Amy said and how social media responded below.

Josh Duggar currently stands on trial for multiple counts of child pornography. And throughout his trial thus far, “rebel cousin” Amy Duggar has has stepped forward to provide a Twitter analysis of what’s happening. For instance, when some Duggars seemed to join Josh in smiling and even giving “thumbs up” to the cameras, Amy tweeted, “Also you don’t smile with your thumbs up leaving in a situation like this.”

And she asked a key question to those “19 Kids And Counting” relatives supporting Josh. “Where is the respect?” demanded Amy. As a result, Amy’s tweets went viral. And some on Twitter even urged her to spill what she knows about the Duggars.

Also you don’t smile with your thumbs up leaving in a situation like this.

Where is the respect?

Amy appears to have signed a non-disclosure agreement (NDA) that she will not tell anything about certain aspects of the “19 Kids And Counting” lives behind the scenes. But some of her Twitter followers urged the “rebel” Duggar cousin to “break the NDA,” as one suggested.

“I’m sure you’d be able to get out of it with all the crime the family has hidden,” added a follower. Amy indicated the possibility does exist that she’ll tell all publicly. “Working on it,” she tweeted in response. “Thank you for the support.”

In response, her Twitter followers agreed. Several thanked her for standing up for the victims and children. Others built on Amy’s comments by extending the slams to Josh’s wife Anna Duggar. “I wish Anna would wake up and leave him,” tweeted one Twitter commentator. “how can a mother hold his hand and grab onto him the way she does?”

What do you think about Amy Duggar’s reactions on Twitter? Do you agree with her comments about Josh Duggar? Share your views with us. And then check back on our site for more about the Duggars.