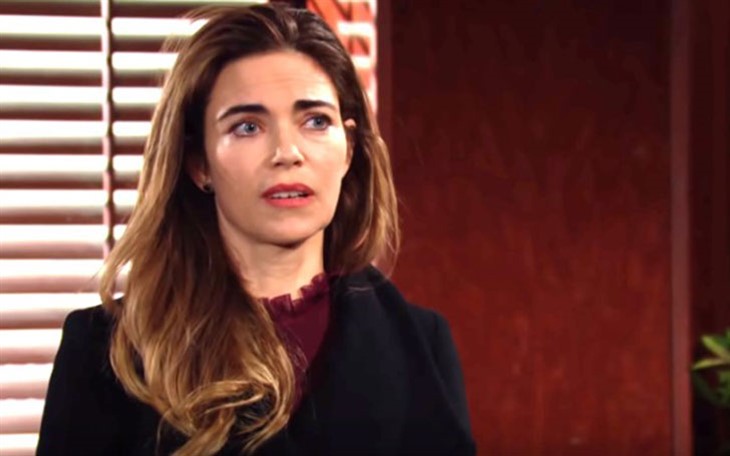 The Young and The Restless (Y&R) spoilers and updates reveal fans have been asking this question since at least 2015 and now, in 2021, fans are still curious.

Amelia’s character on The Young and the Restless, Victoria Newman, has had some serious ups and downs on the soap over the years, as fans are aware. In fact, she is so often in crisis, it seems that every year or so fans are convinced that she won’t make it much longer.

But fans always find relief because Victoria is often down but is never ultimately out.

Victoria has always been a crucial working part of the famed Newman family of The Young and the Restless, so she won’t likely be going anywhere anytime soon.

Those who have filled the role, however, have changed several times throughout the years that the character has been alive.

Y&R Spoilers – The Many Faces of Victoria Newman

Victoria Newman has been portrayed by many actresses over the years, having been a part of the soap since she was a child and originally played, as a child, by young actress Ashley Nicole Millan for the period between 1982 and 1990.

When Milan left the show in 1990, the character was rapidly aged to a teenager played by Heather Tom who has also featured as Katie Logan on The Bold and the Beautiful winning three Emmy Awards in a row for “Outstanding Lead Actress in a Drama Series.”

Tom stayed with Y&R until 2003 and then, in 2005 Amelia Heinle took over the role and has played it flawlessly ever since.

For her part, Amelia Heinle has had a reasonably extensive career in television and first landed a role in the soap Loving as Stephanie “Steffi” Brewster, in 1993.

Throughout the ’90s Heinle appeared in many made-for-TV movies and has even played the role of Peter Fonda’s girlfriend in The Limey.

Since joining the cast of The Young and the Restless, in 2005, the actress has won the Daytime Emmy Award for Outstanding Supporting Actress in a Drama Series twice, once in 2014 and then again in 2015.

So, for now, it doesn’t appear that Amelia has any plans of stepping down from her role as Victoria Newman and – why should she?