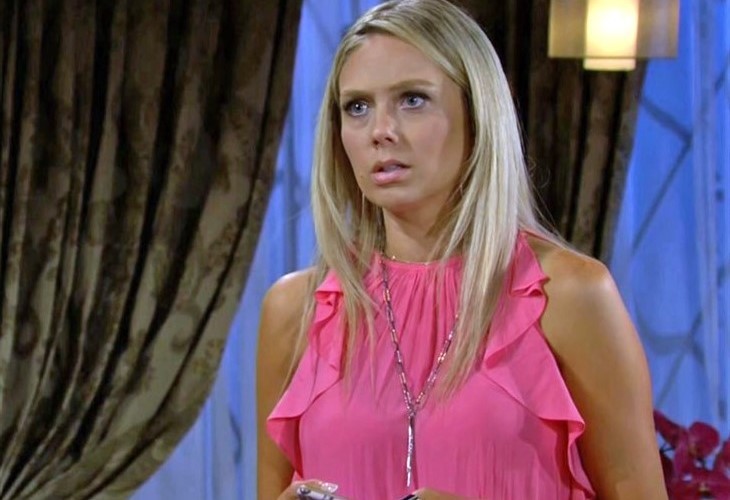 The Young and the Restless (Y&R) spoilers for Monday, October 25, 2021, reveal a devastated Abby not knowing what to do with the rest of her life.

Abby (Melissa Ordway) finally thought she’d have the family she wanted. Christine Williams (Lauralee Bell) had news about Chance (Donny Boaz) and any word is better than no word for months. She just wanted him home to be a father to this child she, Devon Hamilton (Bryton James), and Mariah Copeland (Camryn Grimes) created, but it wasn’t meant to be.

Christine tells Abby there’s been a horrible accident while Chance was on assignment and no bodies were found. There seem to be no survivors, which leaves Abby without a husband and a father for her child.

So, she turns to the man who would love to be Bowie Dominic’s father, the man who is his biological father, Devon. Abby leans on him in her moment of need. Will this change everything for how the baby is raised? Will Devon now take on the role of father he has always wanted? How will Mariah feel about this since she was just the uterus that housed the baby and is not biologically connected to him?

We haven’t heard much about Amanda Sinclair (Mishael Morgan) and her family of late — including her killer of a grandfather who killed her own father. On Monday, Amanda meets with Michael Baldwin (Christian J. Le Blanc) to discuss how things are going. Will Sutton finally pay for what he did to Amanda and her mother all those years ago or will he walk free as so many people on soap operas are apt to do?

The Young And The Restless Spoilers – More Trouble In Phick Paradise

Now that Nick Newman (Joshua Morrow) and Phyllis Summers (Michelle Stafford) are back in Genoa have a lot of talking to do. They didn’t get along very well while they were in Tuscany for Victoria (Amelia Heinle) and Ashland’s (Richard Burgi) wedding and Nick caught Phyllis being comforted by Jack Abbott (Peter Bergman) again. Could this really be the end for Phick? It wouldn’t be the first time. Stay tuned to The Young and the Restless weekdays to see how these stories play out.