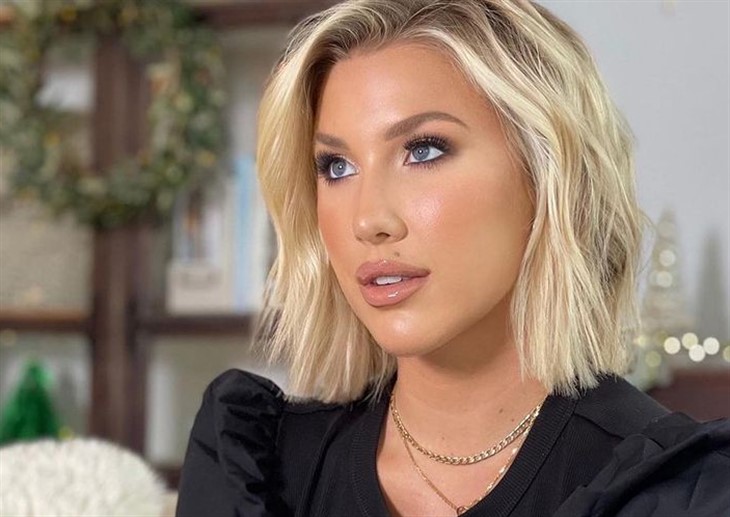 Savannah Chrisley, of Growing Up Chrisley, is flattered by a compliment, but her brother chase isn’t entertained.
On October 5, the Sassy by Savannah boss shared an image of her and her brother on Facebook. In the image, Savannah is grinning slyly while her brother does not look amused. It appears that Savannah got a compliment for her “smell” and it made her feel good.

She captioned her post with, “I’m just happy because someone told me I smelled good today…clearly chase needs a compliment!! GEEEEZZZZ DONT BE JEALOUS BRO! You can smell good to with @sassybysavannah.”

Growing Up Chrisley – ‘Introducing the Sassy by Savannah Fragrance Collection’

The Growing Up Chrisley sibling announced on September 9 via Instagram, the launch of her new fragrance line.

Next to an image of her perfume she wrote, “Introducing the Sassy By Savannah Fragrance Collection: Dreaming Out Loud, Fearless Love and Sweetest Revenge.

These dreamy fragrances are confidence bottled. With a scent for everyone, this collection will make you feel bold, strong and sassy.”

In another post from September 16 where Todd Chrisley’s daughter can be seen wearing a frilly pink dress and holding each of her perfume products in hand, she captions, “‘I have always been obsessed with fragrances! I feel like if you smell good then you feel good! I hope these fragrances have a way of transforming a blah day into a spectacular day for you! Years in the making and they’re finally here!’ – @savannahchrisley.”

The Sassy by Savannah page is filled with eye-catching promotions for the Growing up Chrisley star’s new fragrance line and, from fans’ reactions, we can see that they’re going to be a big hit.

One fan took to Twitter to say, “Just broke into my sassy perfume sample pack from @_ItsSavannah_ … heaven, all of them. Now I have to figure out my favorites and my husbands favorite so I have a reason to by all three.”

While yet another fan of the perfume wrote, “The yellow Dreaming Out Loud is my favorite then the. sweetest Revenge not sure why but the Fearless Love I don’t get this scent at all. It’s not bad but can’t see this as a favorite either.” 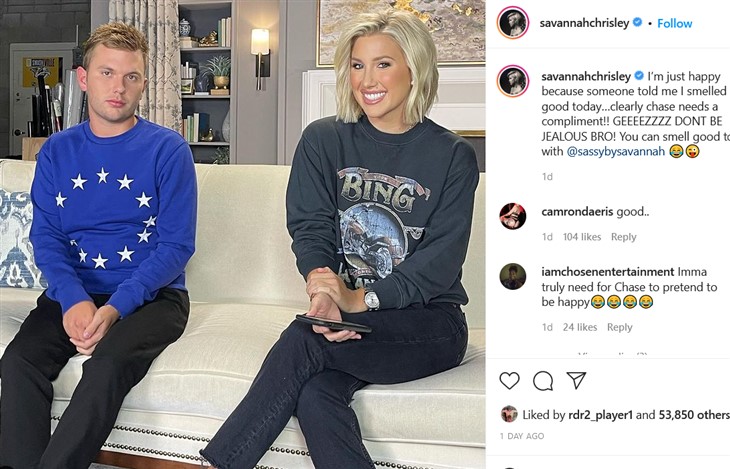 Fans did jump to the reality TV star’s defense, as lighthearted as the whole thing was, with one writing, “Everybody always picks on poor Chase. And he’s absolutely adorable.”

Another fan seemed to take the whole thing a bit more seriously, “Chase seems to be much more mature than Savannah these days. She really gets on my nerves lately.”

Though all in jest, fans have mixed feelings about the banter that goes on between these two siblings but fans also know how much the two love each other.